Last year the Primeira Liga was won by Benfica, who claimed their 35th league title by edging out Sporting Lisbon into second place. Those two teams ended up well clear of third-placed Porto, with Benfica and Sporting Lisbon both ending the campaign with a long winning streak.

It is no surprise that Benfica have been priced up as the favourites to win the title again, having finished top of the league in each of the last three seasons with an improved points total each time. Odds of 5/4 with bet365 are not particularly tempting for Benfica to make it four titles in a row, however, especially as coach Rui Vitória has lost two of his best players this summer.

Renato Sanches became one of football’s most expensive young players ever when he moved to Bayern Munich and the midfielder’s reputation improved even more when he starred in Portugal’s shock victory at Euro 2016. Sanches is not the only high profile departure Benfica will have to contend with, as winger Nico Gaitán has joined  Atlético Madrid for around £21 million.

Theoretically there should be cash for Vitória to spend, with a permanent deal for loan star Konstantinos Mitroglou completed earlier in the summer. Franco Cervi, Óscar Benítez and Guillermo Celis arrive from South America, while forward André Carrillo has been snapped up from Sporting Lisbon on a free transfer.

It is hard to see why Porto (6/4 with bet365) have been made second favourites, having finished a massive 15 points off the pace last season. Nuno Espírito Santo has brought Brazilians Alex Telles and Felipe to the club to strengthen a defence that conceded 30 goals last year, but their counterpart Maicon has been sold to São Paulo. The other major arrival at Porto is another defender, Miguel Layún, who joins from Watford, while Liverpool’s João Teixeira arrives on a free transfer.

Porto are unlikely to gain enough ground to compete, which leaves last year’s runners-up Sporting Lisbon, who are a very tempting 10/3 to claim their first title since the 2001–02 season. The Benfica-Porto duopoly have claimed every Portuguese title since that year, but despite the loss of Carrillo, Sporting Lisbon look well-placed to challenge for top spot again having lost only two league games last season.

Pacos de Ferreira had a great run of form at the end of last season, winning their last four games to finish in seventh place, but their odds of 150/1 to win the league with bet365 are a sign of the big three’s dominance in this division.

Unlike Benfica, Sporting Lisbon have mostly retained their key players, while the addition of defensive midfielder Radosav Petrovic could be a key move. Alan Ruiz and Bruno Paulista have also arrived to bolster the Sporting Lisbon squad, with Islam Slimani again expected to cause havoc. The Algerian scored 31 goals for club and country last year and we’re picking him to finish the season as the league’s top goalscorer this year.

Benfica’s Jonas claimed that prize in the last campaign and the Brazilian will liekly be favourite to defend his title but we’re backing the Sporting Lisbon striker to pip him to it and help fire his team to the championship in 2017.

At the bottom of the league, Tondela avoided relegation by a single point by winning on the last day of the season and they look set for another season of struggle. The two promoted clubs, Chaves and Feirense however, are the favourites to drop back to the LigaPro.

Chaves and Feirense finished behind Porto B last season, which was the first reserve team to win the second-tier championship title in Portugal, and it is difficult to see them competing at the higher level this year. Another team that could struggle is Vitoria de Setubal but we’re backing the two new teams to go straight back down. 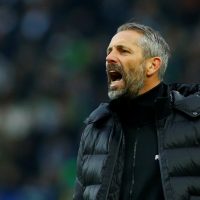 £20 Risk Free Bet For The Bundesliga T&Cs apply
T&Cs apply
CLAIM
New customers only. Place your FIRST bet on any sportsbook market and if it loses we will refund your stake in CASH. Max refund for this offer is £20. Only deposits made using Cards or Apple Pay will qualify for this promotion. T&Cs apply. Paddy's Rewards Club: Get a £10 free bet when you place 5x bets of £10+. T&Cs apply. 18+
CLAIM
See All Special Offers
Continue to FST