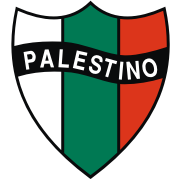 Palestino looking to take the lead in tie

Chileans Palestino made short work Uruguayans Cerro Largo in the last round of Libertadores action, running out 6-2 aggregate winners. The side now have a real chance of making the group stage proper but this won’t be an easy tie and they do come into it as slight underdogs over the two legs.

If Palestino are to advance, they really need to be winning this home leg and thus, we can expect an aggressive and attacking performance from them. Having won 4 of their last 5 home games, confidence can be high coming into the clash but with both teams having scored in 3 of their last 4 games, Palestino do need to tighten up defensively to avoid conceding an away goal.

Guarani looking for strong away result

Meanwhile, Guarani have done exceptionally well to even reach this point, knocking out Brazilian giants Corinthians on away goals after a 2-2 aggregate draw. The Paraguayans were expected to lose said tie comfortably and now facing a weaker opponent on paper, they’ll be confident in booking their group stage spot.

Having lost just 1 of their last 9 games, which was the second leg in the above listed tie, Guarani travel to Chile in excellent form and spirits. They have won 7 of said fixtures and are looking a real force, meaning they won’t just look to sit back and soak up pressure in this trip and will instead be going for the win.

Ultimately, we’re expecting Thursday’s game to be an open and exciting affair. As hosts, Palestino are obligated to try and play for the win, whereas in their current shape, Guarani are high on confidence and will be looking to show why they are favourites to advance from the tie.

All things considered, backing the Both Teams to Score line looks the way to play in this one and is something we’re more than happy to do at current prices. Both teams have notched in 3 of Palestino’s last 4 games, as well in Guarani’s last 3 outings and we fancy both themes to continue via a 1-1 draw on the night.

View Prediction
Arminia Bielefeld
Sign Up To Our Email Newsletter