Chicago Bears vs Dallas Cowboys Picks, Predictions and Betting Tips for the Thursday Night Football showdown at Soldier Field. Which one of these 6-6 clubs will get their crucial 7th victory to keep them alive in the playoff hunt? Read on for all of our free NFL tips, picks, and predictions! 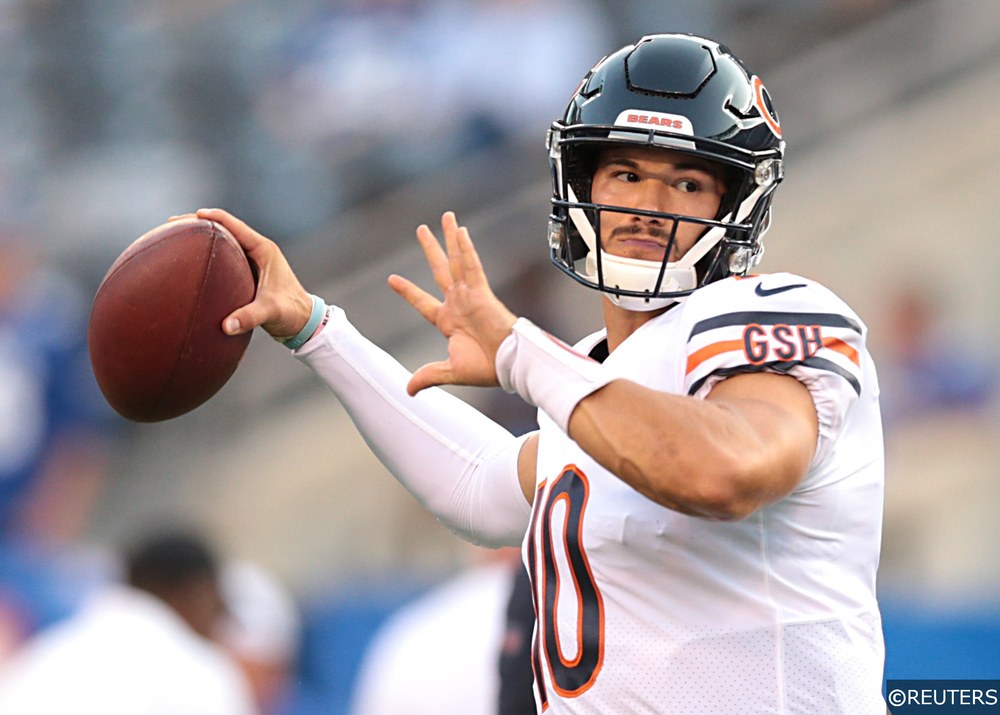 This week’s edition of Thursday Night Football features an NFC battle between two sides that desperately need a win to keep their playoff hopes alive. Dallas leads the NFC East but only by one game, while Chicago is far behind in the NFC Wild Card race and needs to win out to give themselves a shot at extra football.

Dallas is coming into this one off their embarrassing Thanksgiving performance in which they lost 26-15 to the Bills. QB Dak Prescott finished with a misleading stat-line, as he racked up 355 passing yards but he missed a handful of important throws while turning the ball over multiple times. On the other side, the Dallas defense was exposed all game long by the balanced Bills’ attack. The Bills’ running game was constantly moving the chains and QB Josh Allen made plenty of plays both with his arm and with his legs that the Cowboys’ defense had trouble containing.

The Bears were more fortunate as they picked up a win in their Thanksgiving Day game over the Lions by a score of 24-20. The Bears’ defense had a couple of communication issues early that led to a quick 17 first-half points for the Lions. In the second half, the Bears’ defense turned it around and held Detroit to just a field goal. The offense scored in each quarter and was lead by QB Mitchell Trubisky’s best game of the season, as the former #2 overall pick threw for 338 yards and 3 passing TDs.

With all things considered, we think the best route to take on this game is with the Bears to cover the spread and win outright. Dallas’ defense has been really poor this season as the unit ranks just 18th in weighted DVOA defense and has been having trouble getting consistent stops. The Bears’ offense hasn’t been great this season but even below-average offenses have been having success against Dallas so we think the Bears should be able to get some points on the board. On the other side, the Dallas offensive line has struggled against teams with good pass rushes and good coverage units, and the Bears’ defense is good enough (7th in DVOA defense) to give Dallas some trouble.

In terms of the total, we think the under is the play here because we think both offenses will have trouble. Chicago’s offense is still not very good and although they should have success against the poor Dallas defense, they have not shown an ability to move the ball consistently. The Bears are second to last in explosive pass rate and dead last in explosive run rate, so we are confident that they won’t be able to just throw points up on the board with ease. On the other side, the Chicago defense has been great in limiting explosive plays so we think they can keep the lid on a Dallas offense that has been inconsistent as of late.