Dallas Cowboys vs Minnesota Vikings Picks, Predictions and Betting Tips for the Sunday Night Football showdown at AT&T Stadium. Who will come out on top in this battle of NFC powerhouses? Read on for all of our free NFL tips, picks, and predictions! 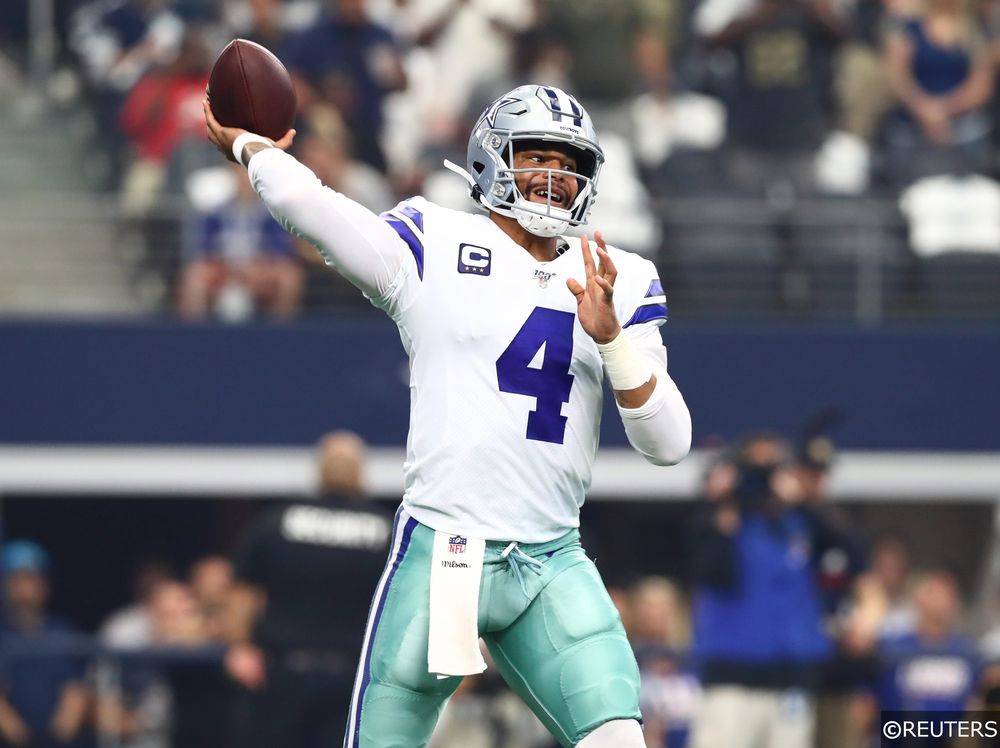 This week’s edition of Sunday Night Football should be a good one as the 6-3 Minnesota Vikings head down to Dallas to face the 5-3 Cowboys. This will be Dallas’ second straight prime-time matchup and they will look to have another dominant performance like they did against the Giants this past Monday night.

Minnesota comes into this one after dropping to the Chiefs last weekend by a score of 26-23. QB Kirk Cousins had an inconsistent outing as he matched a lot of good moments with plenty of inaccurate throws that left a lot good opportunities out there. He didn’t get much help from the running game either as Dalvin Cook picked up just 71 yards on 21 carries. On the defense side of the ball, Minnesota had tons of trouble dealing with the speed of WR Tyreek Hill and the power running game of Damien Williams (12 carries, 125 yards, 1 TD).

Dallas had a much better weekend as they blew out the Giants by a score of 37-18. Although QB Dak Prescott didn’t have a great night, he got plenty of help from his running game and defense. The Cowboys dominated the game in the trenches and opened up holes for RB Ezekiel Elliot all night long (23 carries, 139 yards, 6.0 yards per carry). On the defensive side of the ball, the Dallas pass rush made life tough for QB Daniel Jones and the Giants’ offense as Big Blue only managed a little bit over 300 total, yards on the night.

With all things considered, we think the under is the best option in this contest. Both teams are built on their power running games and that should keep the clock moving for most of the night. Even when these sides drop back to pass, we think the inconsistency of both QBs and the great pass rushes of both teams will make it tough for both teams to move the chains consistently.

In terms of the spread, we think the Cowboys will have enough to get the job done at home. Dallas should win the battle in the trenches on both sides of the ball and that will allow them to control the line of scrimmage and the tempo of the game. We also trust the Dallas defense to get a couple of stops on the inconsistent Kirk Cousins and the travelling Vikings’ offense, while we aren’t as confident in the Vikings’ ability to slow down the Cowboys’ passing attack.

WR Adam Thielen (hamstring) has been ruled out.