Los Angeles Rams vs New Orleans Saints Picks, Predictions and Betting Tips for the rematch of last year’s NFC Championship game at the Los Angeles Memorial Coliseum. Will the Saints get revenge for last season’s heartbreaking loss? Or will the Rams win their home opener? Read on for all of our free NFL tips, picks, and predictions! 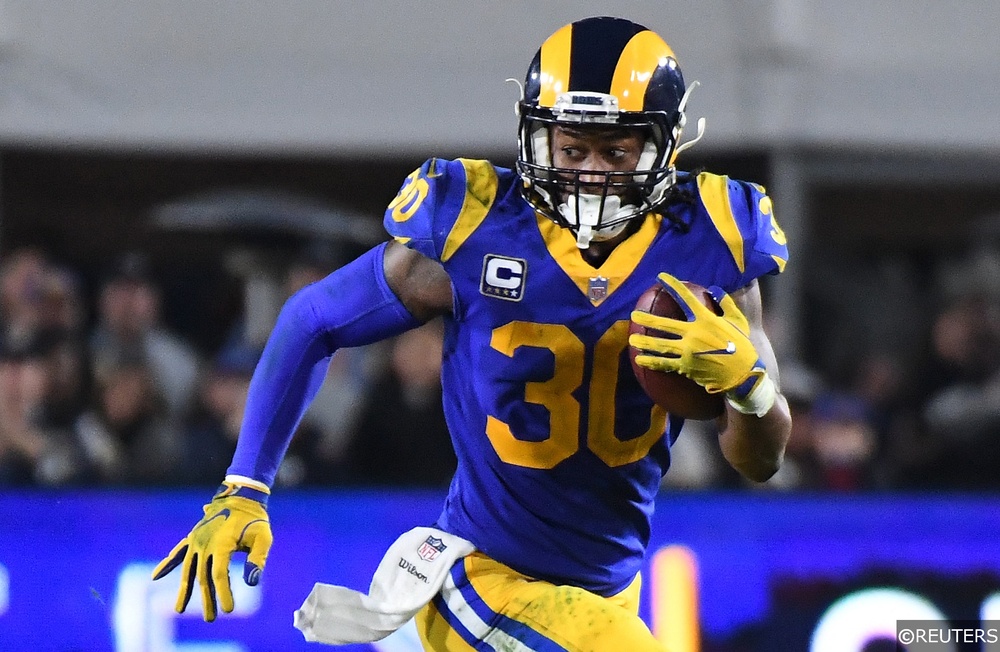 Saints’ fans have been looking forward to this one for a while. This week we’ll get a rematch of last year’s NFC Championship game as the Saints travel to the west coast to face the LA Rams. The last meeting between these two sides led to the implementation of being able to challenge pass interference this year, as the Saints lost out on a trip to the Super Bowl because of a missed call. Hopefully the outcome of this meeting won’t be decided because of a referee blunder.

New Orleans comes into this one off an emotional roller-coaster win over the Houston Texans on Monday Night Football. The Saints came out flat and were down 21-3 early in the second half, but quickly responded and took the lead in the fourth quarter. After giving up a go-ahead touchdown with under a minute remaining, the Saints’ offense was able to quickly get down into field goal range for kicker Wil Lutz to drill a 58-yard game winner, breaking his previous career long of 57 yards. The Saints’ defense did a good job of pressuring Texans QB DeShaun Watson in the second half, but they did struggle throughout the night in coverage.

The home side Rams also had a tough matchup this past weekend as they slipped past the Panthers by a score of 30-27. The Rams’ passing attack never found it groove and its inability to extend drives in the second half is what allowed Carolina back in the game. The defense was decent but had a rough second half, especially since DT Aaron Donald didn’t have much impact due to double teams and scheme adjustments.

When we look at this contest, we think there is value in the points total as we see this one being a classic shootout. Both teams showed issues in coverage in Week 1 and with both sides having extremely talented groups of skill players, we don’t see it getting much easier for the defenses. To further help our case, both of these sides have great offensive lines, which should help neutralize the opposing pass rush and leave more time in the pocket for Brees and Goff to deliver sharp throws. We see both teams pushing for 30 points, which leaves us room on the over of just 52.5.

In terms of a winner, we think the Rams are in a good spot to win and cover the spread of less than a field goal. New Orleans is coming off an emotional, exhausting win over the Texans and now has to go across the country to face an even more challenging Rams’ offense. In a game that we see being an offensive showdown, we trust the Rams’ offense at home more and also trust their defense to get a stop or two more than the travelling Saints’ defense that struggled against an inferior Texans’ offense last week.

We also like wideout Robert Woods to find the endzone, as he has become one of Goff’s favorite targets. Whether CB Marshon Lattimore or Eli Apple covers Woods, we think his frame and involvement in the redzone offensive scheme will lead to plenty of opportunities to find the endzone.