Philadelphia Eagles vs Seattle Seahawks Picks, Predictions and Betting Tips for the early afternoon showdown from Lincoln Financial Field. Can the Eagles pick up this must-win to keep their playoff hopes alive? Or will the Seahawks pick up their fourth straight win? Read on for all of our free NFL tips, picks, and predictions! 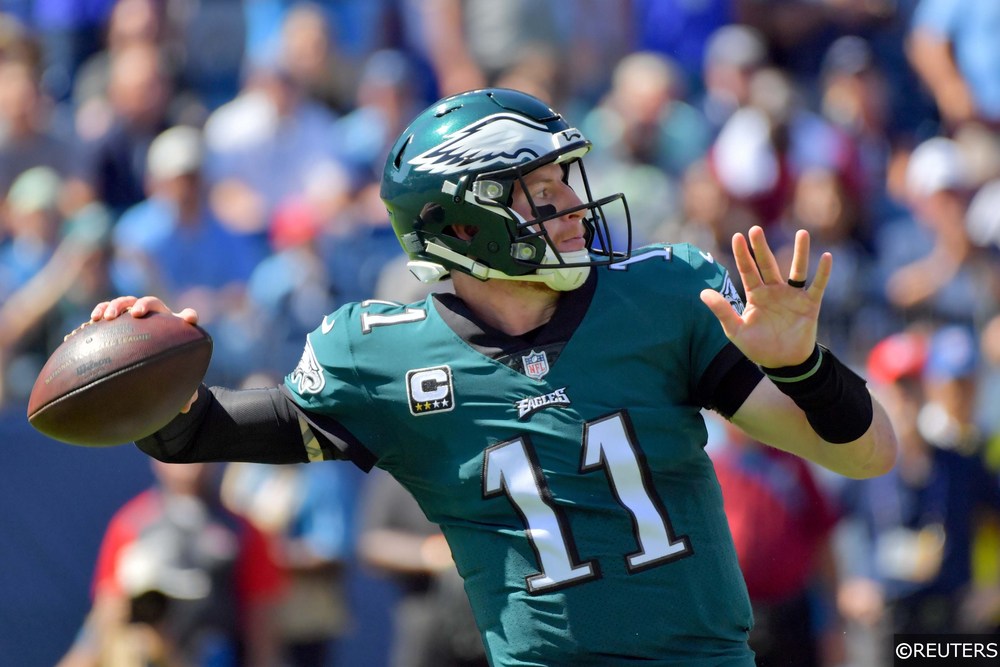 Although this contest was originally the Sunday Night Football matchup, it has gotten flexed to the early afternoon time slot in wake of the Packers/Niners showdown on Sunday night. Nevertheless, it’s still a must win for the Eagles if they want to have a shot at playoff contention.

The Eagles couldn’t get the job done last week as they fell to the Eagles by a score of 17-10. It was another embarrassing display from the Eagles’ offense as they only managed to pick up 81 yards rushing and 214 yards through the air. The struggles of the receiving corps have been well-documented but some of the blame has to be placed on the shoulders of QB Carson Wentz, as his inaccuracy in clutch moments has been detrimental to the success of the offense. On a more positive note, the Philly defense played great and was able to contain the Patriots both through the air and on the ground.

Seattle is coming into this one off a bye week but before that they took down the Niners on Monday Night Football is overtime by a score of 27-24. The Seattle offense took a while to get going but eventually QB Russell Wilson was able to make some plays with his arm downfield. On the other side, the Seahawks defense was decent but did allow too many chunk plays and late-game conversions to the 49ers’ offense. All in all, it was a promising game for the Seattle pass rush as they were finally able to get some pressure with their front four.

With all things considered, we think the best route in this one is to take the under on the points total. The Eagles’ offense has been pedestrian for most of the season and now they are dealing with multiple injuries across their skill position players and offensive linemen. Seattle’s pass rush should have some success here and we think the inconsistent play of Wentz and the rest of the offense will help ruin some scoring drives. On the other side, the Seahwks are going to rely on the running game but we think Philly will have some success slowing them down with their 7th ranked DVOA run defense. Seattle doesn’t play at a fast pace either so their long-winded running drives should keep the clock rolling.

In terms of a winner, we like the Eagles to come away with the win at home. Philly has been great in must-win games under HC Doug Pederson and we think he will be able to draw up a scheme to take advantage of a below-average Seattle defense. The Eagles’ defense will be able to slow down Seattle enough and we think this will give the Eagles enough of a chance to grab the victory in front of their home fans.