Seattle Seahawks vs Minnesota Vikings Picks, Predictions and Betting Tips for the Monday Night Football showdown from CenturyLink Field. Will Kirk Cousins pick up another prime-time victory on the road in Seattle? Read on for all of our free NFL tips, picks, and predictions! 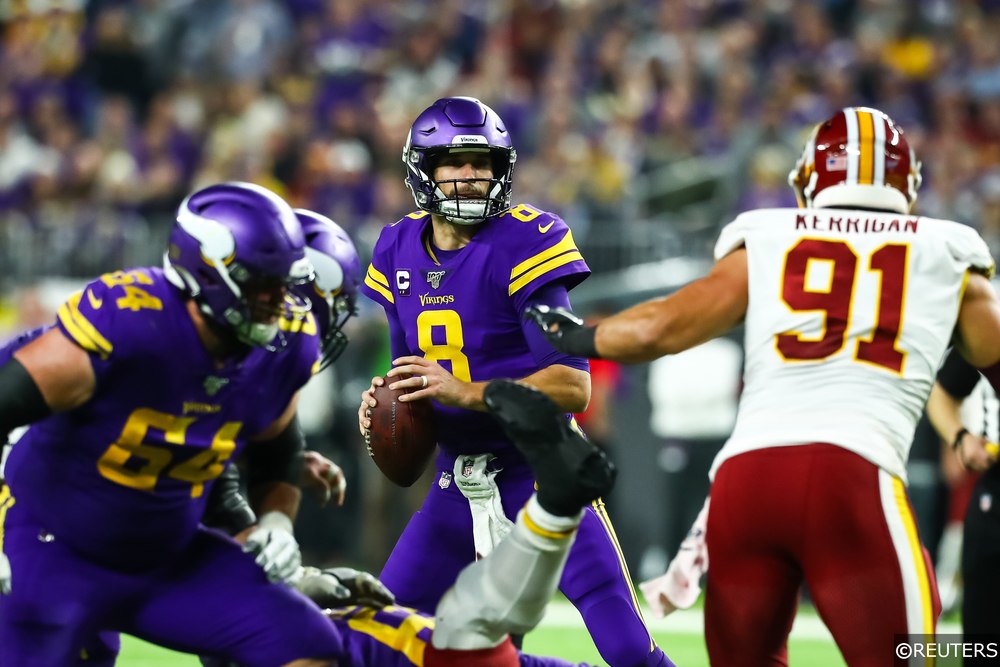 This week’s edition of Monday Night Football pits two NFC powerhouses against each other with the 8-3 Minnesota Vikings travelling to Seattle to take on the 9-2 Seahawks. Both of these sides would love to pick up the victory in prime-time to help their playoff push in a crowded NFC playoff picture.

Seattle is coming off a 17-9 win over the Eagles this past weekend. It was quite the day for the Seattle defense as they were able to hold the Eagles to just nine point and just under 350 total yards. They did a great job in coverage as they held Eagles’ QB Carson Wentz to just 256 yards and were able to pick him off twice. The Seahawks’ offense was a little slow but was able to have enough success on the ground to come out on top in this one. RB Rashaad Penny led the way with 129 yards and a touchdown on just 14 carries.

The visiting Vikings are coming into this one off the back of a 27-23 comeback win over the Broncos. Minnesota erased a 20-point deficit to come out on top in front of their home fans as their defense held Denver to just three points in the second half. QB Kirk Cousins got no help from the ground game so he carried the offensive load by completing 29 of his 35 passes for 319 yards and 3 TDs.

With all things considered, we love the Vikings in this one and think they will win outright. In a battle of two elite offenses, it comes down to which offense will make a mistake first or which defense can pull out a stop. We think both offenses will have plenty of success but we trust the Minnesota defense more than we trust Seattle’s defensive unit. The Vikings’ offense grades out as the most explosive in the league and we think this will translate into success against a poor Seattle secondary that hasn’t proven itself against top competition. We also trust the Vikings to get a couple more stops due to their elite pass rush and solid run defense unit.

In addition, we like the value on the Vikings’ double result as we think they will come out firing. Minnesota is the better overall team so there is good value on them to showcase their superiority early on and keep that lead for the entire game.