Tampa Bay Buccaneers vs Arizona Cardinals Picks, Predictions and Betting Tips for the NFC showdown at Raymond James Stadium. Will Kyler Murray and the Cardinals pull off the upset? Or will returning home be the remedy for a Bucs team that has lost their last four games? Read on for all of our free NFL tips, picks, and predictions! 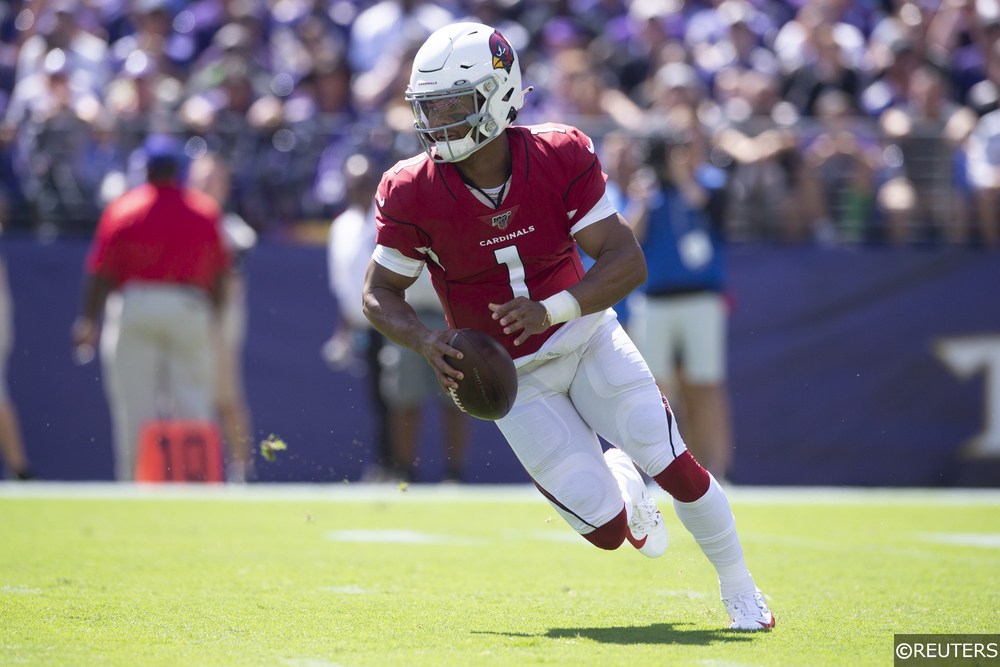 This weeks early slate features two sides that are battling for relevancy as the 3-5-1 Arizona Cardinals head to Tampa Bay to face the 2-6 Tampa Bay Buccaneers. Rookie QB Kyler Murray will look to improve his squad’s away ATS number to 4-1 on the season.

Arizona is coming into this one off the back of a close 28-25 loss to the 49ers on Thursday Night Football. Newly acquired RB Kenyan Drake led the way with 110 yards and a touchdown on just 15 carries while Murray was able to make some plays through the air with 241 passing yards and 2 TDs. It wasn’t a great game from Murray but he did show his pure play-making ability on multiple occasions. The Cardinals’ defense continued to struggle and their big-name players like CB Patrick Peterson and S Budda Baker had a lot of trouble in coverage and tackling.

Tampa Bay is heading into this home game after a heartbreaking 40-34 loss in Seattle this past weekend. QB Jameis Winston had an extremely up-and-down game, as he went from shredding the Seattle secondary with WR Mike Evans to fumbling on a crucial fourth-quarter possession. Winston was then able to recover and find Evans for the game-tying touchdown, who finished with a whopping 12 catches for 180 yards and a touchdown. On the other side, the Bucs’ pass defense was abysmal as they gave up over 378 yards and 5 TDs to Russell Wilson and the Seahawks’ offense.

With all things considered, we like the over on the points total with full confidence in this one. Both of these teams love to air it out and both have horrible pass defenses that have been prone to giving up big plays. The combination of a Cardinals’ running game that will struggle against a Bucs’ front that is 1st in DVOA run defense and the Bucs’ lack of a run game will lead to both teams aggressively airing it out all game long. Both defenses rank in the bottom seven in DVOA pass defense (ARI – 28th, TB – 26th) so they won’t be able to offer much resistance.

In terms of a winner, we like the Cardinals to cover and win on the road due to their quarterback play. Murray is going to be a handful for this Tampa Bay defense that struggled against dual-threat QB Russell Wilson last week. In terms of the game’s QB comparison, Murray and Winston have similar PFF Big-Time Throw Percentages, but Murray is far better at keeping the ball safe as his Turnover-Worthy Play Percentage is just 1.83% compared to Winston’s 5.91%. We think that Murray’s ability to make plays without turning the ball over will be the difference in this one so we like the value on the Cardinals’ moneyline as well in a game that we consider a 50/50 toss-up.

TE O.J. Howard has been upgraded to probable despite a hamstring injury.