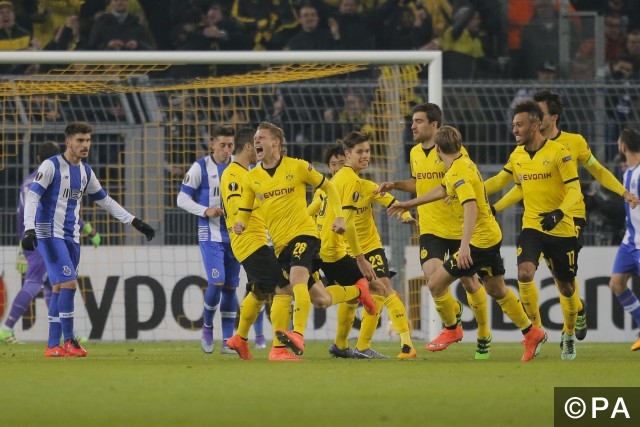 Thursday night saw the first round of the knock out stages in the Europa League. Our tipsters picked out a 5 fold which returned £152 from a £10 stake! The bet was split across the 6pm and 8pm kick offs, 2 early games and 3 late games. Dortmund was our first selection at home to Porto and they got us off to a flyer going 1-0 ahead inside 6 minutes. Sevilla were our other 6pm kick off and they also got an early lead on the 35th minute thanks to Llorente. Both sides then picked up a 2-0 lead mid way into the second half and held on comfortably to win 2-0 and 3-0, over to the 8pm games.  It wasn’t such plain sailing this time round. Braga went ahead after 13 minutes against Sion which was a good start and they took that lead into half time. 8 minutes into the second half Braga conceded and Sion made it 1-1, deservedly so as they were much the better team first half. Bilbao also took an early second half lead against Marseille after Aduriz fired home after 54 minutes. Sparta Prague were all over Krasnodar on inplay stats but couldn’t put the ball in the net. It wasn’t until Julis broke the deadlock on the 64th minute that they took the lead. Moments before that Braga took a 2-1 lead against Sion thanks to Rafa Silva. We were now in a great position with around half an hour to play in all games. Sion were putting Braga under a lot of pressure and Braga were reduced to 10 men in the 89th minute which left us a nervy 6 minutes to hold on. Thankfully there were no more goals and we scooped a nice bit of profit!

Send in your bet slips now!

Some of the biggest winning bet slips sent in via our Twitter feed. We love seeing our followers beat the bookies!

Makes up for that abomination of a match earlier. Cheers @FootySuperTips pic.twitter.com/TRQxE8CnCl

Want Football tips for this weekend?

We’ll have a huge variety of Football tips this weekend from the FA Cup, English Football League, Bundesliga, La Liga and more! 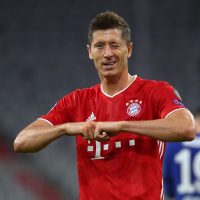