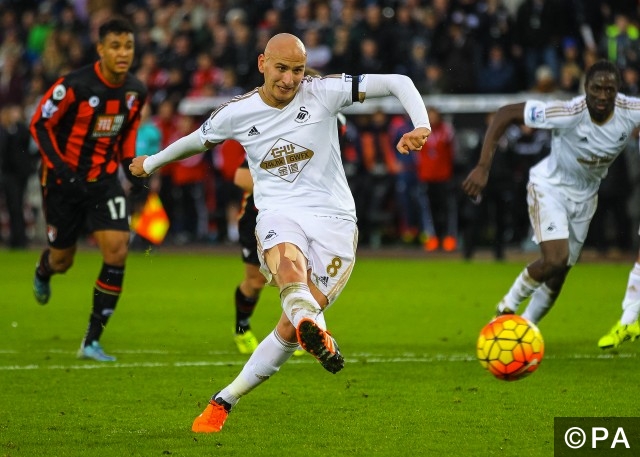 Newcastle have shelled out a reported £5 million on 25 year old Bordeaux winger Henri Saivet as they look to escape the relegation zone.

Bournemouth have re-signed their ex-striker Lewis Grabban from Norwich for a reported £7 million. The club sold the 27 year old striker back in 2014 but are hoping his return along with the arrival of Benik Afobe will keep them in the Premier League.

BREAKING: #afcb have completed a deal to bring @grabbs22 back to the club from #ncfc: https://t.co/wfhDAKbJxZ pic.twitter.com/yEuEiYlPq5 — AFC Bournemouth (@afcbournemouth) January 11, 2016

QPR centre back Steven Caulker has agreed to move to Liverpool on loan for the remainder of the season. He was loaned out to Southampton, but that agreement has been cancelled to allow him to move to the injury hit Anfield.

#LFC have completed the signing of Steven Caulker on loan from Queens Park Rangers until the end of the season. pic.twitter.com/jacWOhBsMN

Newcastle have agreed a £12 million fee for Swansea central midfielder Jonjo Shelvey. The 23 year old is currently in Newcastle undergoing a medical before completing the deal.

Andros Townsend has reportedly snubbed any possible move to West Brom this month, instead favouring a move to Newcastle instead.

Andros Townsend’s disapproval of a move to West Brom could throw a spanner in the works for Spurs, who were planning on using Townsend as part of a deal that would see out of favour West Brom striker Saido Berahino move the other way. Liverpool are among a handful of clubs interested.

Arsene Wenger is set to spend nearly £14 million on 29 year old Celta Vigo striker Nolito as he looks to strengthen the depth in his front line.

Talks have begun between Atletico Madrid and Manchester United over the proposed £18 million deal that would see 21 year old midfielder Saul Niguez come in to Old Trafford.

Southampton are planning to up the ante in their bid to sign Juventus midfielder Stefano Sturaro. The Serie A champions rejected a £12.2 million bid for the 22 year old, but the Saints are prepared to pay more for his services.