The Open Championship heads to Northern Ireland this week! The locals to Royal Portrush are excited and with good reason, this is without doubt the biggest sporting event to happen in the country for decades and only the second time in history (the first was held in 1951) it has played host to the final major of the year.
This week could well go down as one of the best Open Championships of all time. We’re bound to be in for some quality action given the golfing superstars on show, but the way the course is likely to be set up, the truly undulating nature of the greens and the unpredictable Irish weather are bound cement the promise of excitement from the first tee on Thursday morning right through to Sunday evening.

Our resident Golf expert, Steve Palmer, will brings you his selections and full analysis for The 2019 Open Championship as well as our 10/1 To Miss The Cut Accumulator!

The golf majors are always a great opportunity to take advantage of special offers and many bookmakers are paying up to 10 places on this year’s Open Championship as well as boosting odds and offering increased welcome offers for new customers. Make sure you don’t miss our selection of free bets, enhanced priced, money back specials and more! 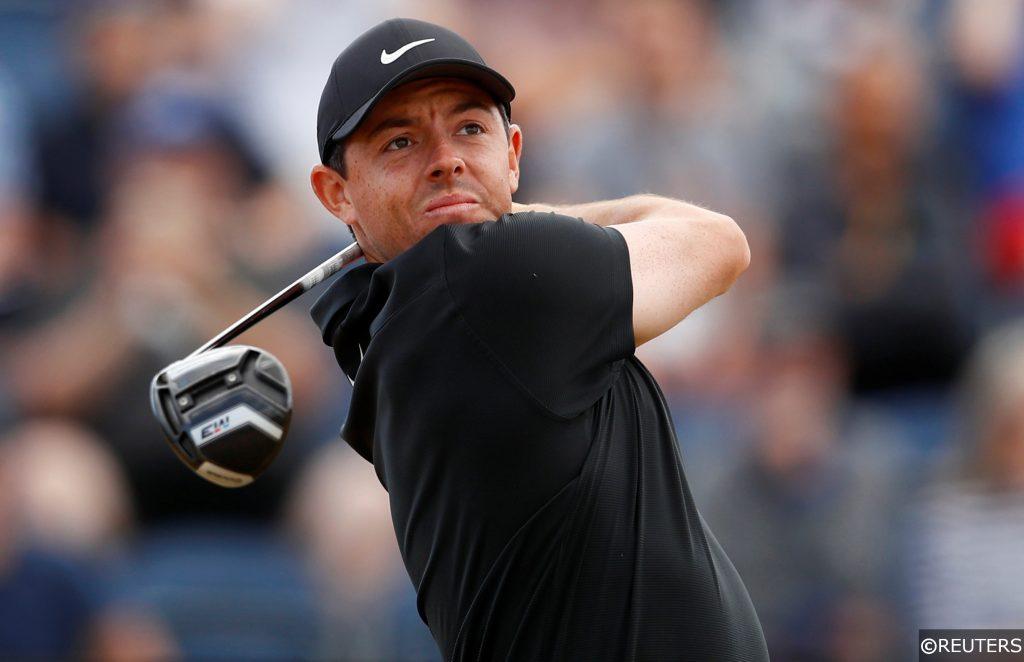 Rory McIlroy – 8/1
Armed with the know how around here and home support, Rory is probably a worthy favourite this week. At just 16 years of age he broke the course record at Portrush, shooting a 61, and his consistency has been very good this year without perhaps winning as many as he should have. It’s now five years since he’s won a major but his recent Open Championships record reads T5-T4-T2 and he ranks in a lot of the key stats.

Brooks Koepka – 11/1
I think it’s fair to say the form has dipped a touch in recent weeks but here is a man that you simply cannot rule out of any major championship. Boasting 30-under-par in his last three, the number 1 golfer on the planet has already bagged the USPGA this year and finished 2nd in the others. Add to that the knowledge that Brooks’ caddie brings to the table, a local to this venue which is sure to come into play given the severe test the field face this week. 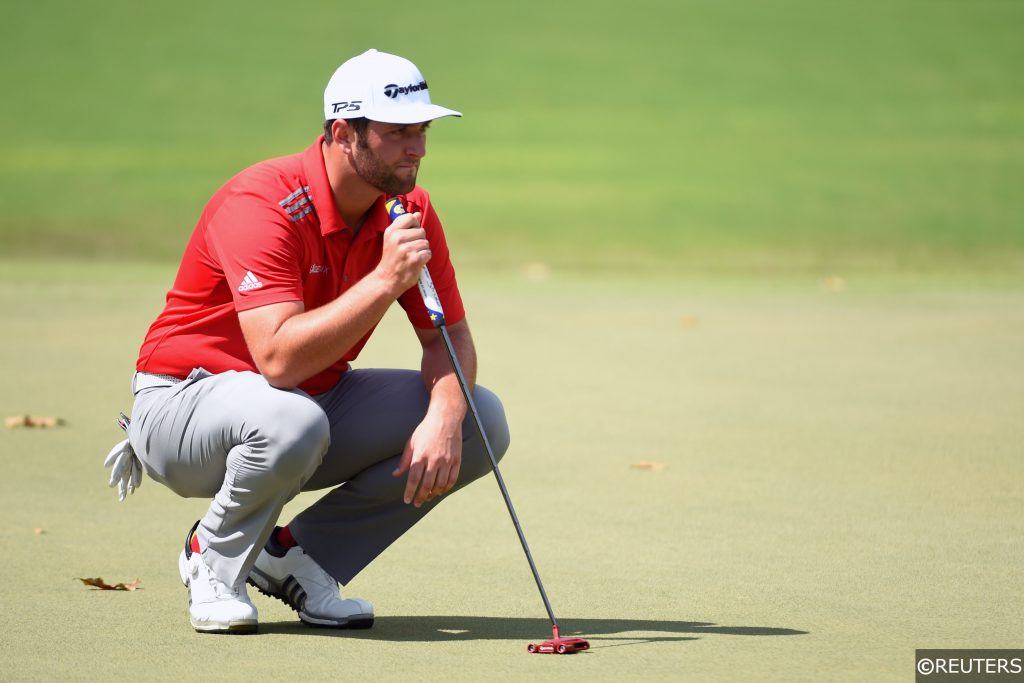 Jon Rahm – 16/1
Fresh off the back of winning the Irish Open, Rahm arrives back here in great shape. That victory followed a 2nd at the Andalucia Masters and 3rd at the US Open so he’s definitely swinging it as good as anybody on the tour. While many feel like Rahm’s time in majors isn’t too far away it is worth noting that his form in Open Championships is less that impressive for a man of his ability, missing the cut once and not breaking into the top 40 on either of his other attempts.

Dustin Johnson – 18/1
As expected for a man of his class, DJ’s record in majors this year has been up there with the best. The former world no.1 finished runner-up at both the Masters and USPGA Championship and has a bit of tempting Open form. Despite missing the cut at last year he does have a 2nd and two T9’s from his seven attempts and also ranks up there in some of the key stats needed at Royal Portrush. 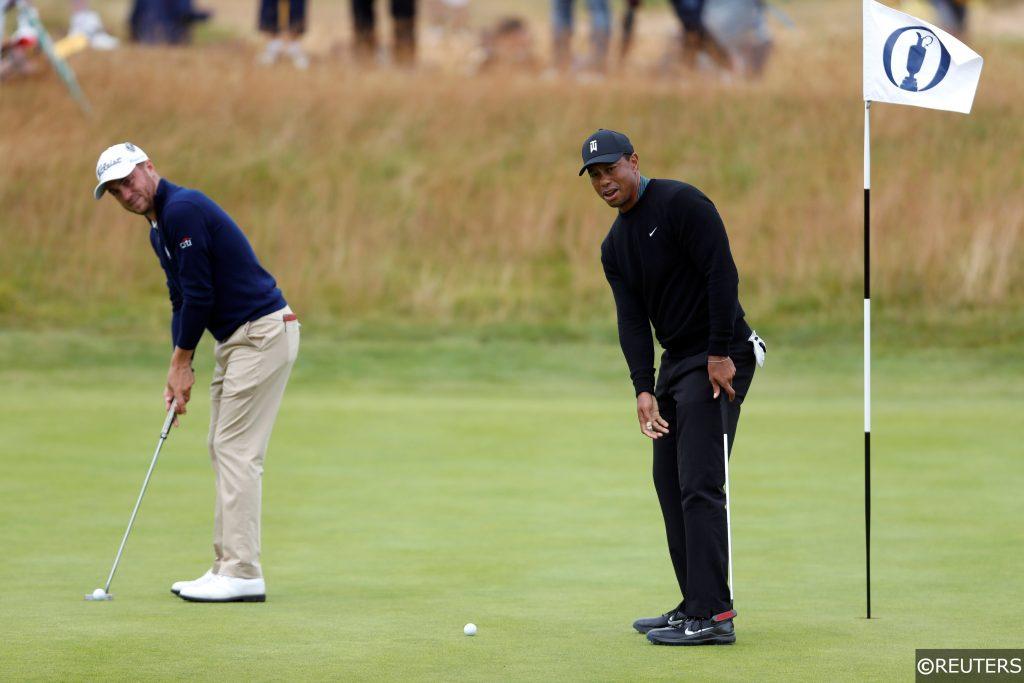 Tiger Woods: 16/1
A man that needs no introduction, but can he lift the Claret Jug on Sunday? Tiger won his 15th major in one of the most exhilarating US Masters in recent times but since then hasn’t swung much in public and has been indifferent when he has been seen on the course. The greens could be the key to Tiger’s chances this week. Approach play will be all important as well as making those long, winding clutch putts; fortunately for Tiger, his irons and putter are among some of the best used clubs in the game.

Francesco Molinari: 30/1
Arrives here as the defending champion having claimed his first major at Carnoustie last year. While that should give him confidence going into this week, enthusiasm regarding the Italian’s chances off adding to his major titles is tempered after his final round flop at the Masters and some hit and miss form since. Consistency is Francesco’s game, if he’s swinging well and making birdies on Thursday then he may well be in the mix again come Sunday.

There’s always at least one player at a mammoth outright price who’s in contention on the Sunday and even goes on to win Claret Jug. Find out who we think will be the winner of The 2019 Open Championship here.