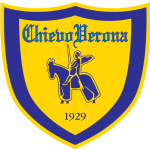 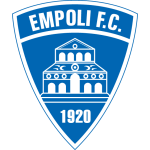 Chievo vs Empoli predictions ahead of this Serie B playoff clash on Tuesday. Two of last season’s relegated sides look for a way back into the top flight as Chievo and Empoli clash in the Serie B playoffs. Read on for all our free predictions and betting tips.

Reason For Chievo vs Empoli Predictions

A strong finish from Chievo saw them clinch 6th place in Serie B, although with only two points between themselves and 9th place Pisa the three match winning streak that ended the regular campaign was much needed after failing to win four on the trot earlier.

This set up a Serie B playoff clash against another side looking for an instant return to the top flight. Both Chievo and Empoli were relegated last season, and while Chievo finished 19 points adrift of their opponents the quality difference has been all but eradicated now.

Empoli also picked up a victory on the final day of the season as they beat Livorno 2-0, edging them into the playoffs thanks to Pisa’s failure to win. However, their overall form hasn’t been particularly good of late.

They have lost three of their last five matches and only won four of ten since the restart. Their last four games have seen them concede 11 goals, and they’re coming up against a Chievo side that have won four of their last six on home soil. Given their three match winning streak and boosted confidence, backing a Chievo win looks good value for money here.

We’re not expecting anything other than a tight game though. Two of Chievo’s last three games have been settled by a 1-0 scoreline, while four of Empoli’s eight defeats on the road have been by that scoreline as well, so we’re backing 1-0 for our correct score prediction.

Alex Wrigley August 4, 2020 alex.wrigley@freesupertips.co.uk @Wrig90
Content Manager at Free Super Tips, Alex was born in the shadow of Old Trafford and is an avid Man Utd fan. After graduating from university he combined his love of football, writing and betting to join FST and now closely follows goings-on in all of the top European leagues.