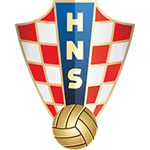 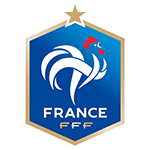 Croatia v France predictions ahead of this UEFA Nations League clash on Wednesday. Read on for our match preview and free betting tips.

Reason For Croatia vs France Predictions

France beat Croatia by the same scoreline (4-2) as when the sides met in the 2018 World Cup when they reconvened in the Nations League last month and another heavy defeat could await them in Zagreb.

Croatia have enjoyed a good last week with a friendly win over Switzerland and Nations League success against Sweden but they were out of their depth in their first two games in the competition against the French and Portugal, who beat them 4-1.

Conceding so many goals against stronger opponents does not bode well for Croatia as they prepare to face a France side who battered Ukraine 7-1 in an international friendly last week with five different players scoring and Didier Deschamps’s men managing 24 shots in the game.

The French have scored at least twice in four of their last six games and they are worth backing at -1 goal on the handicap – meaning they need to win by two or more goals – and we predict 3-1 for a correct score.