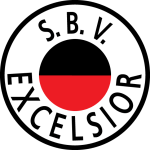 FC Eindhoven vs Excelsior predictions ahead of this clash in the Dutch Eerste Divisie. Can the visitors end a terrible run of form and claim the points here? Read on for our free betting tips and predictions.

Having won the last two clashes between these two, Eindhoven will hope to make it three in a row against an Excelsior side who have had their problems throughout this campaign. With a poor run behind them coming into the clash, we’re siding against the visitors in our predictions.

Eindhoven are aiming to restore some mixed home form and they’ll see this as the perfect chance to do so considering that Excelsior have lost each of their last three matches. The visitors come into this one having lost four of their last five games, conceding twice or more in each of those defeats.

Eindhoven have scored at least twice in two of their three home games so far, while Excelsior have conceded 15 times in just six matches. The visitors have also conceded twice or more in their last four clashes with Eindhoven, so we’re backing over 1.5 Eindhoven goals along with a 2-1 correct score prediction.