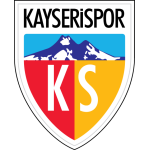 Istanbul Basaksehir vs Kayserispor predictions for Sunday’s match in the Super Lig. Basaksehir will wrap up the league title this weekend if they equal or better Trabzonspor’s result. Read on for all our free predictions and betting tips.

Istanbul Basaksehir and Both Teams To Score @ 7/4

Istanbul Basaksehir and Both Teams To Score

Basaksehir and Konyaspor produced a seven-goal thriller on Monday night but the league leaders ended up on the wrong end of a 4-3 scoreline, while Kayserispor played out a 1-1 draw at home to Gaziantep. The visitors are battling relegation and could move up three places with a win on Sunday but their hosts are looking for a result that will see them claim the Super Lig title for the very first time in their history.

Our prediction for a Basaksehir win and both teams to score this Sunday carries plenty of weight. The hosts have won five of their last seven matches against Kayserispor and both teams have scored in four of the duo’s last five encounters. Basaksehir have won 11 of their 16 home game this season and Kayserispor have lost 12 of their 16 away trips. Both teams have scored in 69% of the hosts’ home matches as well as 69% of the visitor’ away games so far this season, so you can see why we’re backing both teams to find the back of the net on Sunday.

In terms of a final scoreline, we’re predicting a 3-1 win for Basaksehir. The hosts score an average of 2.31 goals per home game and concede 0.81 goals while Kayserispor score an average of 1.06 goals per away game and concede 2.94 goals on their travels, which ties in perfectly with our prediction for a 3-1 home win this weekend. The visitors have scored in each of their last 17 matches and the hosts have scored in their last 13 outings and with both teams in good form in front of goal, it looks likely that we will see both teams score in Sunday’s clash.

James Kelbrick July 18, 2020 james.kelbrick@freesupertips.co.uk
James is an Everton fan from Chester who started a football blog shortly after leaving university and it wasn't long before he was offered a freelance position at a football tips and predictions website. James made the move to FST in 2017 and now specialises in the Portuguese Primeira Liga and the Eredivisie.