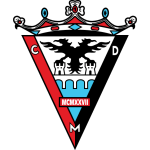 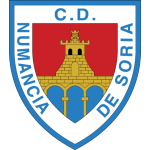 Mirandes vs Numancia predictions for Sunday’s match in the Segunda Division. Mirandes could move into the top seven this weekend if they can secure all 3pts at home to struggling Numancia.

Reason For Mirandes vs Numancia Predictions

Mirandes put an end to their winless run on Monday when they beat Alcorcon 2-1 away. Sunday’s hosts had gone seven games in all competitions without win but moved into 8th place with that victory and are back in contention for promotion.

Numancia lost 2-1 at home to bottom of the table Racing Santander last weekend and are now without a win in seven league games, sitting 3pts above the drop zone heading into Sunday’s tricky trip to Mirandes.

The hosts have secured five wins and ten draws from their 16 home games in the Segunda Divison while Numancia have lost seven times on the road and have only won twice, making our prediction for a home win look all the more likely. We’re not expecting too many goals in this game though as under 2.5 goals have been scored in 69% of Mirandes’ home games and 53% of Numancia’s away trips this season.

In terms of a final scoreline, our prediction for a 1-0 home win appears to make the most sense as Mirandes only score an average of 1.13 goals per home game and Numancia concede an average of 1.60 goals per away game. The hosts have kept clean sheets in 38% of their home matches and the visitors have failed to score in 33% of their matches on the road, adding further weight to our prediction for a 1-0 home win this weekend.

James Kelbrick June 11, 2020 james.kelbrick@freesupertips.co.uk
James is an Everton fan from Chester who started a football blog shortly after leaving university and it wasn't long before he was offered a freelance position at a football tips and predictions website. James made the move to FST in 2017 and now specialises in the Portuguese Primeira Liga and the Eredivisie.