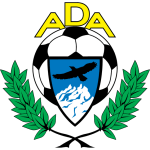 Real Zaragoza vs Alcorcon predictions for Saturday’s Segunda Division clash at La Romareda. Can title-chasing Real Zaragoza extend their unbeaten run to 11 at the expense of Alcorcon? Read on for all our free Spanish football predictions and betting tips.

Zaragoza are hot on the heels of Cadiz in the Segunda title race and they can inflict a first away defeat of the season on strong travellers Alcorcon.

Zaragoza are just a point off pace setters Cadiz in second and although Alcorcon have yet to taste defeat in 15 away matches this term, it is worth noting that they still have the league’s top four to face on the road.

Despite yet to suffer an away defeat, Alcorcon have won only five of those 15 matches on their travels and have failed to win on trips to bottom two Extremadura and Racing Santander this calendar year.

Zaragoza were decisive 3-0 winners at Alcorcon earlier in the campaign and we are predicting them to extend their league unbeaten run to 11 games with victory here.

Zaragoza have won four of their last five home games, keeping clean sheets in three of those wins, and we predict another win to nil.

Aaron Ashley June 10, 2020 aaron.ashley@racingpost.com
Aaron graduated with a journalism degree at the University of Sunderland in 2016 before embarking on a fresh challenge at the Racing Post to combine the skills he had been taught with his passion for football and betting. Although a loyal Northampton Town supporter, Aaron closely follows the action across all of Europe’s elite divisions.