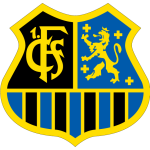 Saarbrucken will need another healthy dose of good fortune and determination to continue their fairytale run in the DFB Pokal on Tuesday. The underdogs, who ply their trade in the fourth tier of German football and haven’t been in action since March, have already produced some magical moments this season.

They haven’t had an easy run in the German Cup, starting out against Bundesliga 2 side Jahn Regensburg before eliminating Cologne, Karlsruher and Fortuna Dusseldorf to make it to the semi-finals against all the odds.

However, the Regionalliga leaders are nowhere near match fitness. They haven’t kicked a ball in anger since the beginning of March and now they’re coming up against one of the most devastating attacking teams in the country.

Bayer Leverkusen may have lost to Bayern Munich on Saturday, but the heavy favourites have won 12 of their last 15 competitive matches and scored an impressive 38 goals in the process.

They are challenging for a Champions League qualifying spot and are still involved in the Europa League, and with a victory on Tuesday likely to set up a final against Bayern Munich they will be eager to impress and hopefully get a measure of revenge against the Bavarians.

That being said, Leverkusen’s defensive record is well below par. They have conceded in five of their last six and, while they have comfortably won all their DFB Pokal outings, they only managed to keep a clean sheet in one of these four games.

Saarbrucken put three past Jahn Regensburg and Cologne earlier this season and have netted in nine of their last 10 home matches, and it’s clear they’re willing to have a go even when faced with such a gulf in class. Both teams to score looks an attractive price given Leverkusen’s defence, so we’re backing that on Tuesday.

In the end it should be an easy win for Bayer. Their last meeting with Regionalliga opponents saw them thrash Alemannia Aachen 4-1 earlier this season, and we think that’s a good scoreline to go for as a correct score prediction.

Alex Wrigley June 8, 2020 alex.wrigley@freesupertips.co.uk @Wrig90
Content Manager at Free Super Tips, Alex was born in the shadow of Old Trafford and is an avid Man Utd fan. After graduating from university he combined his love of football, writing and betting to join FST and now closely follows goings-on in all of the top European leagues.