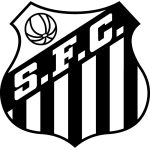 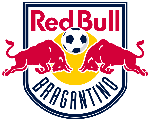 Santos vs Bragantino predictions ahead of this clash in the opening weekend of the Brazilian Serie A campaign. Can the newly-promoted visitors claim a win at Santos? Read on for our free betting tips and predictions.

Reason For Santos vs Bragantino Predictions

RB Bragantino are embarking on their first top-flight season this century, but they are no minnows. Backed as part of the Red Bull group of clubs, the visitors could make some noise in their opening clash of the season.

While Santos had to sack their manager after some poor displays in the state championship, the visitors have been looking strong. Santos have failed to win in their last four games, losing three of those. Meanwhile, Bragantino have lost just once in their last eight games.

Back in January, Bragantino pulled off a 0-0 draw when these two sides met. We expect them to hold Santos at bay, while we’re also backing a 1-1 draw after the hosts saw both teams score in four consecutive games.