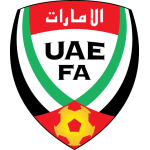 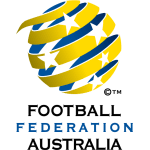 United Arab Emirates vs Australia predictions for Friday’s Asian Cup fixture at Hazza Bin Zayed Stadium. Can the tournament hosts keep their dreams of glory alive? Continue reading below for all our free tips and predictions.

Reason For UAE vs Australia Predictions

After a relatively stress-free group. UAE were put through their paces in the last-16. Kyrgyzstan, who twice came from behind, refused to lay down and were oh so close to clinching it when they hit the underside of the bar just moments before the game went to penalties. UAE emerged victorious in the shootout, though they may not be feeling so confident after struggling to get past a side that they were expected to beat without too much fuss.

Even when they played poorly against Thailand on match-day three, because of the way that the group was shaping, UAE were never really in any danger, though they were in all sorts of danger last time out. Quite frankly, considering that they went into the game as 2/5 favourites, the tournament hosts flattered to deceive. They weren’t totally outclassed, but it was Kyrgyzstan who created more going forward. No disrespect to the side that they got the better of on penalties, but the fact that UAE surrendered 2.29 expected goals for against such weak opposition certainly doesn’t bode well.

The Aussies are yet to really hit their stride at this tournament, but even without playing overly well, they’ve shown that they can take advantage of poor defending. Unless UAE tighten up, then the reigning Asian Cup champions should have few problems moving one step closer to retaining their crown.

After toiling for 180 minutes, Australia, who huffed and puffed but were unable to blow Uzbekistan’s house down, also got this far thanks to a penalty shootout, though their efforts in the previous round were more impressive than UAE’s. The Aussies didn’t look great going forward, but they still created a few openings, clocking 1.24 expected goals for. What’s more, they gave little away and ended a match that spanned the best part of 125 minutes having conceded just 0.54 expected goals.

Regardless of how we look at this fixture, it’s easy to see that Australia, even without being at their best (whatever that may be nowadays), have offered a good bit more than their hosts. In fact, if this tournament was not in the United Arab Emirates, then the Socceroos would probably be a good bit shorter in the betting. On this basis, punters can’t be blamed for backing the visitors to come out on top.

However, at a greater price, the bet that stands out is ‘Australia to Score Over 1.5 Goals’. The Aussies did fail to find the net during normal time in their last-16 match, though they came up against a resilient and useful Uzbekistan back-line. In contrast, they’re now facing a UAE back-line that has looked far from sturdy. The tournament hosts shipped 1.54 expected goals against a weak Thai side, while they gave away 2.29 (and two goals) against Kyrgyzstan last time out. If Graham Arnold’s men can put pressure on the hosts from the word go, then they ought to have very few problems in finding the net more than once.