With the summer transfer window now closed the Premier League 2019 season is ready to start and there are lots of offers to take advantage of before and during the season! We’ve put together all of the best offers from the leading bookmakers in the country to get your season underway in the best way!

Sign up to any of the bookmakers below to claim their special offers, available for a limited time only.

These offers are available to all customers – make sure to take advantage of them! 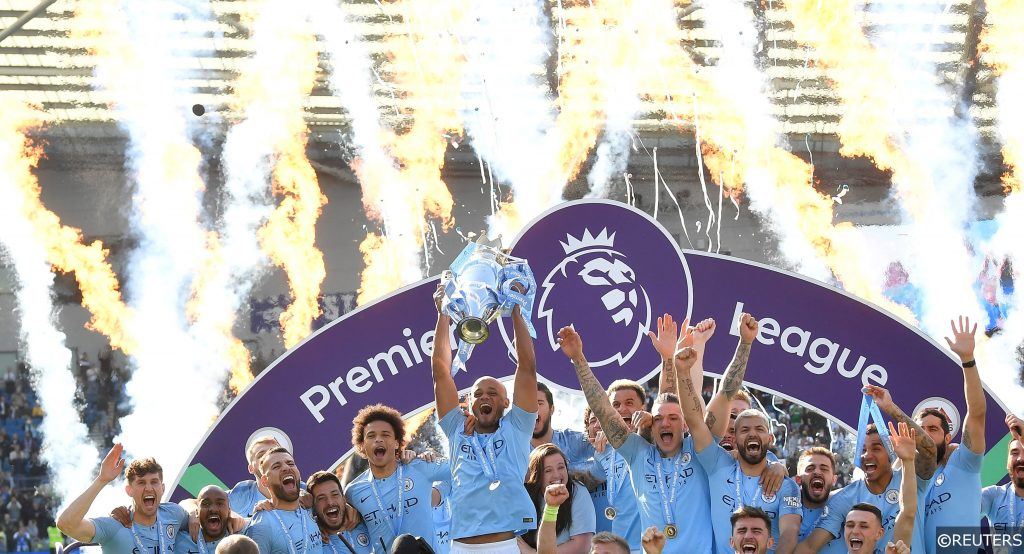 Defending champions Manchester City travel to West Ham on the opening Saturday as they bid to win an historic third consecutive title. Liverpool were their nearest challengers last season and the European Champions start the new campaign on Friday evening. Given how tight that title race was they’ll be desperate to put the pressure on Man City early on and go one step further to win their first Premier League title.

Tottenham fans will be pleased with their summer dealings in this window having spent bigger than they have done for many a season. The same can be said for their neighbours, Arsenal, who have splashed out £72m on Nicolas Pepe from Lille amongst others. Thanks to a transfer ban, Chelsea have seen a lot more exits than players brought in and the loss of Hazard in undoubtedly a huge loss for them. Manchester United have splashed the cash with the world-record breaking transfer of Harry Maguire being the highlight of their window and Maguire’s former club Leicester have also strengthened considerably.

There’s little doubt that we’re in for a massively exciting Premier League season. Be sure to stay in front of the game and take advantage of the offers available, only one team can win the league but we can all get some of the sensational value on offer!