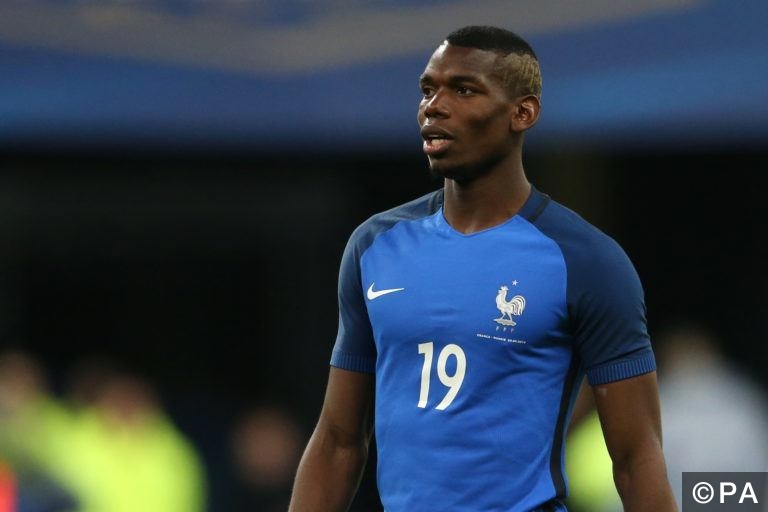 A potential £105 million deal for Juventus midfielder Paul Pogba seems to be gathering momentum. Manchester United have held the announcement of their squad numbers back as they look to close the deal, and Pogba’s agent is currently in England discussing the midfielder’s future.

21 year old Marseille winger Georges N’Koudou is currently having a medical at Tottenham Hotspur ahead of a £10.8 million transfer, whilst there are talks of Spurs forward Clinton N’Jie moving back to the Stade Velodrome.

Reports are emerging that Liverpool are very close to completing a £5 million deal for Augsburg’s 30-year old defender Ragnar Klavan.

Manchester City target Leroy Sane could potentially move to another destination. Sane’s father has stated that no deal has yet been finalised and his son could end up at Real Madrid or Bayern Munich, who are also interested in the £37.7 milllion rated 20-year old.

Odds have been slashed on Napoli striker Gonzalo Higuain moving to Serie A champions Juventus this summer. This is despite reports that Juventus were unwilling to meet his £78.5 million buy out clause. Arsenal are also interested.

Real Madrid are confident that they will win the race to sign Valencia midfielder Andre Gomes this summer. The 22 year old central midfielder has attracted the interest of Real Madrid, Barcelona, Juventus, Manchester United, Chelsea, and Paris Saint Germain, but Madrid are expecting to complete a £41.9 million deal for the player.

Premier League champions Leicester are confident that they can hang on to their star player Riyad Mahrez this summer amid interest from Arsenal, Chelsea, and Barcelona. The club are demanding £45 million for the player, but are confident that he will opt to stay at the King Power Stadium rather than follow N’Golo Kante out of the door.

Everton manager Ronald Koeman is keen to bring in 24 year old holding midfielder William Carvalho this summer, although the Sporting Lisbon player will cost them £30 million.

21 year old Croatian winger Marko Pjaca has said his farewells to his Dinamo Zagreb teammates as he prepares to complete an expected £19 million move to Juventus.

Middlesbrough are wasting no time in trying to bring in experienced talent this season, and it’s expected that they will complete the signing of former Manchester City striker Alvaro Negredo from Valencia in the coming weeks.

Antonio Conte is currently in talks with Alvaro Morata as he tries to convince the 23 year old striker to move to Stamford Bridge this summer.

Despite the potential new challenger for a starting line up position and his reported desire to leave Stamford Bridge, Diego Costa has said that he wants to stay with Chelsea. This comes amid reports that Atletico Madrid are not in talks to sign their former player.

Watford are chasing Ivory Coast international Brice Dja Djedje at the moment. They are prepared to offer £3.5 million for the Marseille defender as they look to bolster their back line.

Arsenal are looking to bulk up their defensive options ahead of the new season, and Manchester City’s 21 year old Jason Denayer and Borrusia Dortmund’s 22 year old Matthias Ginter are Arsene Wengers main transfer targets at the back.