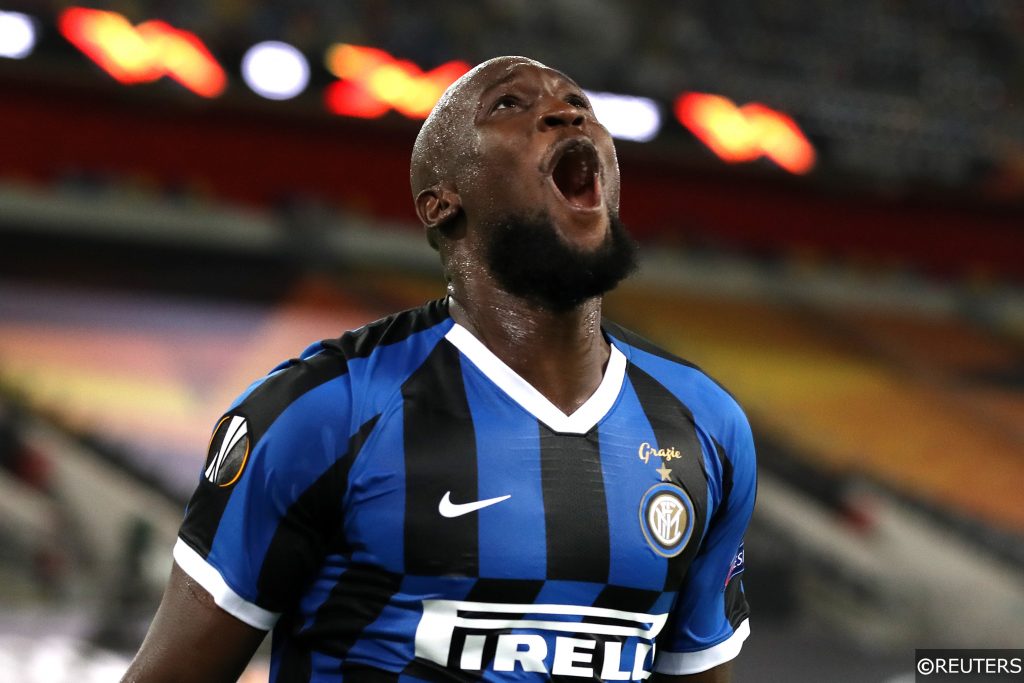 FST capped a phenomenally successful week on Sunday when we landed a monstrous 119/1 Mega Odds Accumulator – our biggest win of the entire season so far!

Our searingly hot streak started seven days ago, when our NFL analysts landed a huge 68/1 accumulator and our F1 expert tipped a 20/1 winner, before our huge 57/1 Champions League group winners acca hit the mark on Wednesday.

On Friday, our Dutch Goals Acca landed for the second time in a row at 13/2, before our 23/1 Afternoon Acca hit the mark a day later to keep the big wins coming thick and fast.

However, yesterday delivered the succulent cherry on top – and our incredible 119/1 Mega Odds Acca success had everyone at FST and hordes of our followers absolutely buzzing.

Read more about it below!

Here is how it all went down 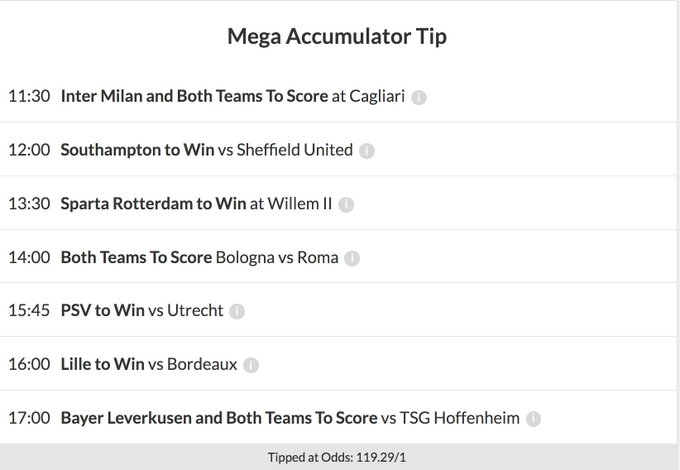 In our opening selection, Cagliari gave Inter plenty of work to do when the hosts held a 1-0 until the 77th minute, before Antonio Conte’s Nerazzurri roared back with a flurry of goals to claim the points late on.

In-form Southampton then made light work of bottom club Sheffield United in the Premier League, where the Saints cruised to a comfortable 3-0 triumph.

In our first Eredivisie entry, we banked on Sparta’s recent momentum seeing them through against Willem II, and Rotterdam didn’t let us down when they produced a fine 3-1 win.

Roma annihilated Bologna in Serie A, though it was Bryan Cristante’s 24th minute own goal consolation for the hosts that proved key.

PSV had a ropy moment or two at home to Utrecht, though the Boeren eventually held on for a narrow victory, before Lille did the same at home to Bordeaux in Ligue 1.

FST staff and followers everywhere tuned in the for the 17:00 kick-off in our final game, where we needed Bayer Leverkusen to concede en-route to victory against Hoffenheim.

The hosts raced into an early two goal lead at the BAYARENA, before a Hoffenheim counter blow early in the second half set pulses racing. Wonderkid Florian Wirtz responded just five minutes later to restore Bayer’s two-goal cushion, before a brace of red cards for the visitors all but secured the result we need.

Lucas Alario notched an injury time effort to add gloss to the scoreline and his strike triggered wild celebrations online as our followers joined in the party on Twitter.

Our followers join in the fun

I love this game pic.twitter.com/ufr9rENfET