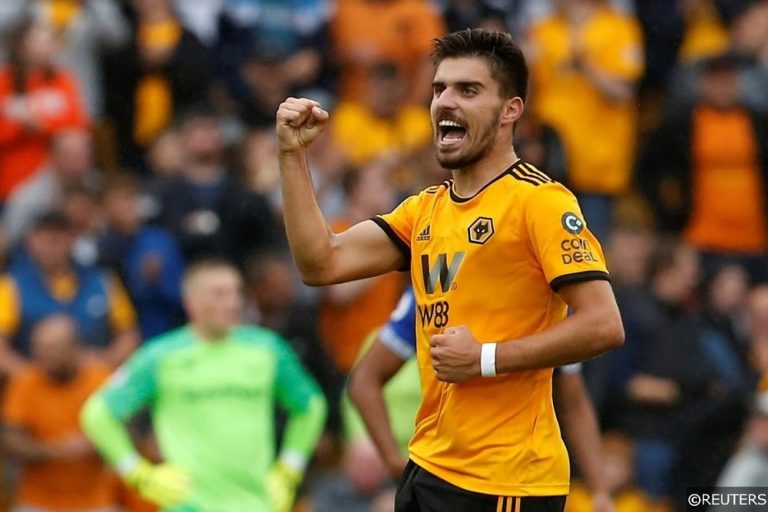 Fans of the Premier League have some mid-week football to enjoy on Tuesday and Wednesday, with 5 fixtures scheduled to be played across two evenings of top-flight football over the next 48 hours.

As always, bet365 have a range of potentially lucrative individual player specials and markets available for mid-week’s televised games, and as usual FST have been poring over the statistics to find you the best selections from each.

The first of this week’s televised fixtures kicks off on Tuesday evening at Molineux, where revenge is on the agenda for Manchester Untied as they travel to take on their FA Cup conquerors Wolves.

2nd place Manchester City host relegation threatened Cardiff City a day later at the Etihad Stadium in Wednesday’s televised game, hoping to maintain their tilt at the title at the Bluebirds’ expense.

The intensity and aggression that Wolves played with was too much for Man Utd to handle when Ole Gunnar Solskjaer’s side were beaten at Molineux just before the international break.

The hosts out-tackled United in their FA Cup clash by 23 challenges to 13, and Wolves’ central midfield trio  Joao Moutinho, Leander Dendoncker and Ruben Neves were responsible for 11 of those tackles between them.

Portuguese schemer Ruben Neves has established a reputation as one of the Premier League’s most accomplished passers this season, though his combative streak is often overlooked.

Neves has averaged 2.2 tackles per game for Wanderers this season, but the 22-year old attempted 5 tackles when Wolves bit chunks out of United’s midfielders last month.

With Neves and Wolves set to come out gnashing again this evening, we think Neves looks fantastic value at 5/4 with bet365 to make over 2.5 tackles. 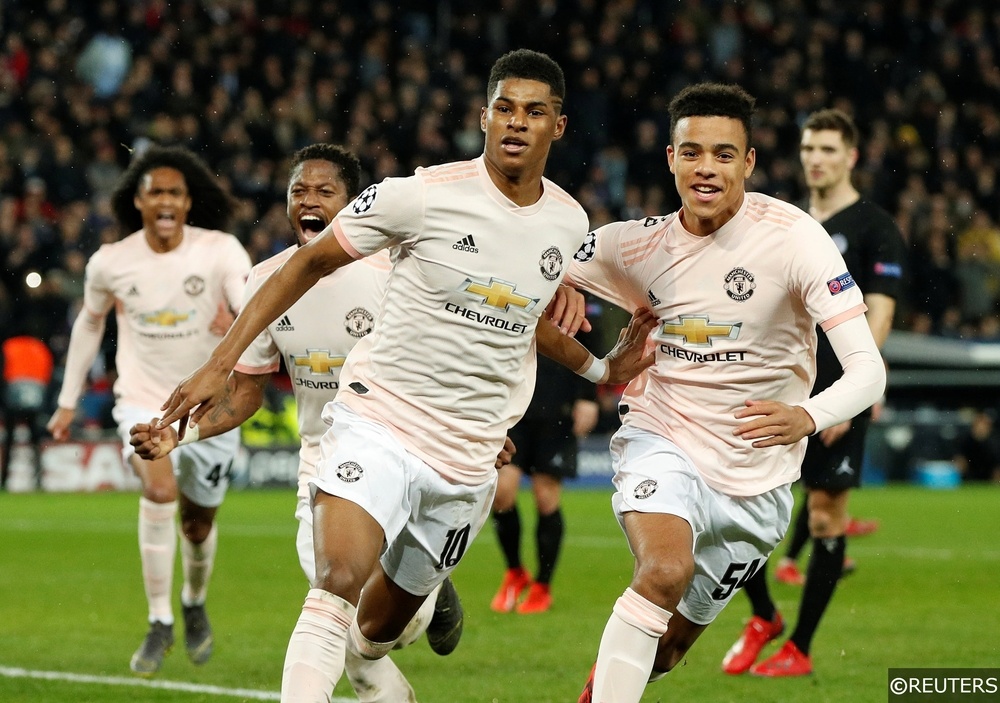 Marcus Rashford’s late consolation goal for Manchester United in their 1-2 reverse against Wolves last month meant little in terms of the overall result at Molineux, though the strike did extend the 21-year old’s productive recent run to 3 goals in 4 games.

Rashford has been one of the biggest beneficiaries of Ole Gunnar Solskjaer’s more positive tactical outlook at United, and the England international has scored 60% of his total goals this season since the Norwegian’s arrival at the club.

Remarkably, 6 or 66.6% of the 9 goals Rashford has plundered under Solskjaer were scored away from Old Trafford, and the lightening quick centre-forward seems to thrive in the open spaces often made available to him by United’s current counter-attacking system on the road.

Rashford is almost certain to spearhead United’s attack again this evening and with his terrific recent record of scoring in away fixtures, we think he’s priced brilliantly at 13/8 with bet365 to register anytime.

Can Marcus Rashford finish as United’s top Premier League goalscorer this season? Read about it here.

On Wednesday evening, Cardiff City face the unenviable task of taking on a Manchester City side locked in a relentless pursuit of the Premier League title.

Earlier this week, Bluebirds’ manager Neil Warnock joked about fielding his U23 side at the Etihad in an attempt to save his players legs for their more winnable weekend fixture at Burnley. Warnock’s comments were said with tongue firmly in cheek, though it was still an indication of how difficult their game in Manchester is likely to be.

Wednesday’s contest is a match between the teams with the highest and lowest average possession figures in the Premier League this season, and City (63.9% avg) will expect to enjoy almost all of the ball against Cardiff this week (39.5% avg).

With the flow of traffic almost certain to be unidirectional, Cardiff’s more offensive players will likely be almost completely starved of service.

Spanish attacking midfielder Victor Camarasa has averaged 1.8 shots per game for Cardiff in the league this season, though the 24-year old couldn’t muster a single attempt on goal when the Bluebirds were trounced 5-0 by Man City earlier in the season in Wales.

Camarasa will expect to fill a similarly non-threatening role at the Etihad on Wednesday and the looks a cracking bet at 4/9 with bet365 to have under 1.5 shots on goal. 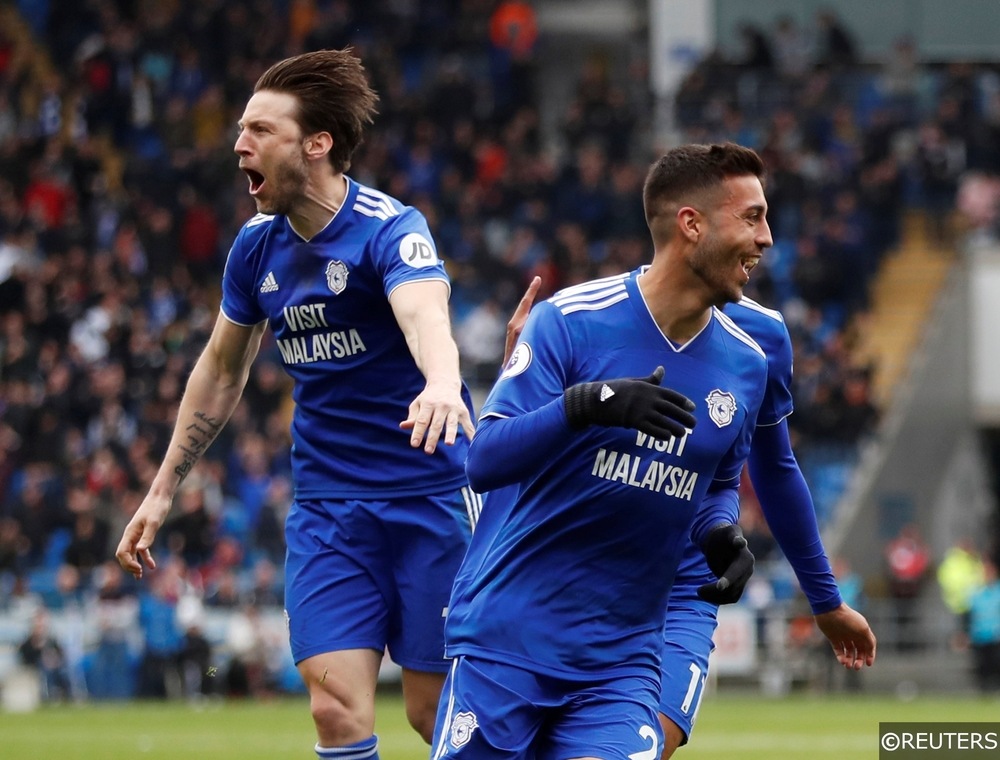 Republic of Ireland midfielder Harry Arter’s hair-trigger temper has landed him in trouble with referees on numerous occasions this season.

The 29-year old has been booked 9 times for the Bluebirds so far this season, racking up more cautions than any of his Cardiff City teammates.

Arter (2.6) also ranks first alongside Sol Bamba and Greg Cunningham for average tackles made per Premier League fixture this season, though the Bournemouth loanee has been playing much closer to the edge than his City counterparts.

It’s worth noting that Arter received 4 of his bookings this season in games against members of the Premier League’s Big 6, hinting that the Charlton Athletic academy graduate tends to let frustration get the better of him when forced to chase the ball for long periods.

Against Man City on Wednesday, Arter will be chasing more shadows that usual, and he looks well worth backing at 6/4 with bet365 to be shown yellow again.

A 4-fold accumulator featuring our selections above is available at huge 20/1 odds with bet365!! Click the banner below to back it now!!