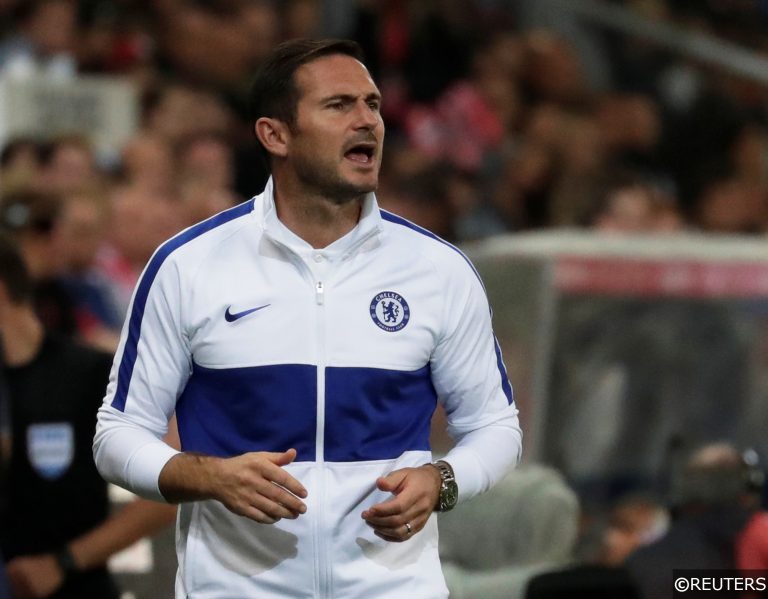 With five top-flight contests spread between Tuesday and Thursday, there is a smattering of mid-week Premier League action to look forward to once the dust settles on the weekend, and we’ve built an 53/1 accumulator around this week’s half-slate of fixtures.

We’ve almost reached the halfway point in the 2020/21 Premier League season, and as teams start to accelerate towards the finish line, intensity levels are expected to rise – and below, we’ve taken an early look at how the crucial mid-week games might play out.

Fresh from a first Premier League win under Sam Allardyce in a thrilling Black Country Derby against Wolves, the Baggies will bounce into their skirmish with West Ham on Tuesday, where Albion’s threat from set-pieces should cause problems for the hosts.

The Hammers have failed to score just twice in their last 17 Premier League matches however, and they should find more final third joy behind West Brom’s leaky rearguard.

Chelsea just about squeezed a win out of their London Derby against 10-man Fulham last time out, though Frank Lampard’s Blues still look largely unconvincing.

Leicester meanwhile, moved up to second with a win at home to Southampton and the Foxes’ hard pressing and lethal counter-attacking style could reap dividends again against Chelsea’s expensively assembled underperformers.

Pep Guardiola’s City have made huge improvements defensively this season, though the Citizens could struggle to add another clean sheet to their collection against a dangerous Aston Villa team.

The Villains are creating chances galore this season, and Dean Smith’s men have found the net at least once in 13 of their 15 Premier League fixtures so far.

Betting Tip: Both Teams to Score @1/1

A more competitive Fulham are growing in confidence and the Cottagers haven’t conceded more than one goal in eight straight Premier League fixtures.

Under 2.5 goals backers were rewarded in seven of those matches, and another low-scoring affair is anticipated when Man Utd visits Craven Cottage on Wednesday.

Burnley have developed a real knack of scoring against Liverpool, and the Clarets swapped goals with the Reds in six of their last seven Premier League meetings since March 2017.

Liverpool remain a hugely potent force in the final third, though their defensive injury issues and problems have been well documented. That looks like a recipe for goals at both ends again on Thursday.

Betting Tip: Both Teams to Score @6/5

Liverpool vs Man Utd: Betting offers and analysis ahead of top-of-the-table clash (with huge 45/1 #OOT)