Barnsley vs Swansea City predictions for Saturday’s Championship clash at Oakwell. Playoff chasing Barnsley host a Swansea side in the automatic promotion places on Saturday evening. Read on for all our free Championship predictions and betting tips.

The Tykes take on The Swans in promotion battle

Barnsley have exceeded expectations this season, currently sitting in ninth position, just three points off the playoff places. They’ve won seven of their last ten games and have scored 14 goals along the way giving them some real confidence heading into this game with Swansea City.

The visitors have been in a similar run of form, winning six of their last ten game to maintain their position in second in the race for automatic promotion. They’ve also scored 13 goals in that time with these two sides sharing almost identical records in recent weeks.

These teams played each other just before Christmas with Swansea running out 2-0 winners but we see this match being a lot closer with Barnsley really enjoying a rich vein of form. Neither side have seen many of their matches beat the 2.5 goal line this season and we think they could cancel each other out for the majority this weekend. With that in mind, we’re predicting that this match will see under 2.5 goals.

This game could be one of fine margins and we think the slightly better form of the home side should get them just over the line as we forecast a 1-0 win for Barnsley. 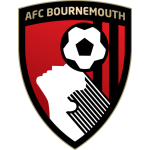