Belgium looked shaky at the back against Denmark and face a Portugal side that have scored seven goals at Euro 2020, although Fernando Santos’s side have shipped four in their last two. These two sides have scored 14 goals between them at Euro 2020.

Cristiano Ronaldo can become the all-time leading goalscorer in men’s international football on Sunday and has already scored five goals this tournament. He has scored in each of his last four appearances for his country and has netted 71% of Portugal’s goals in Euro 2020.

Both sides good for goals in Seville

Can Belgium’s golden generation eliminate Cristiano Ronaldo and co. from the Euros this weekend? This massive showdown in Seville will eliminate some big names from this competition, especially with two of Serie A’s biggest stars going head to head.

Between them, Belgium’s Romelu Lukaku and Portuguese captain Ronaldo scored 53 Serie A goals last term. The pair have eight goals at the tournament this summer, with these two sides also scoring 14 goals between them. These are all good signs for goals backers. 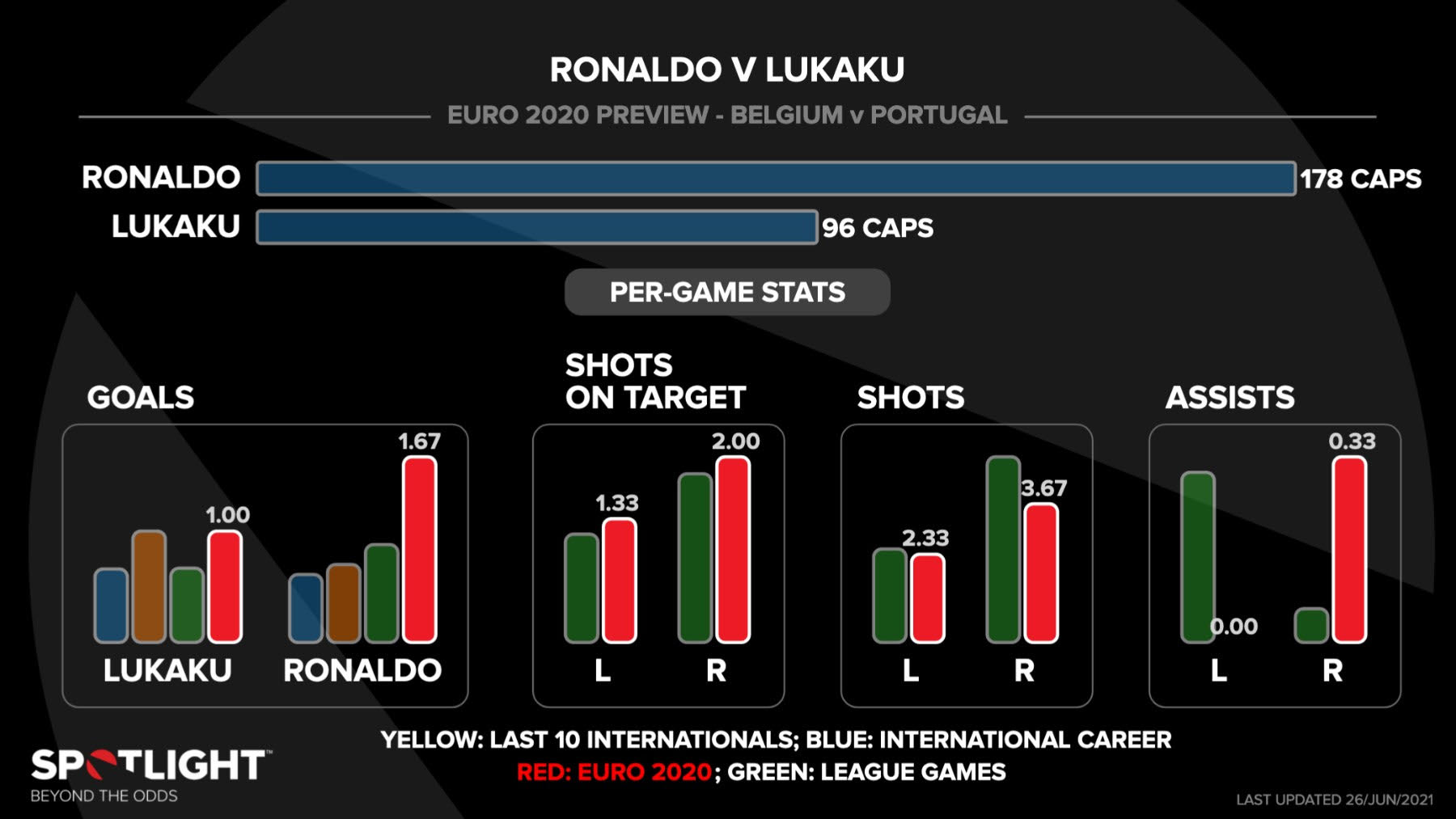 Portugal showed their defensive issues by conceding four goals to Germany and two against France. They’re unlikely to shut out a Belgian side who have scored in their last 33 games. However, the Red Devils are struggling in defence where they lack the quality options they boast going forward. With both in great scoring form and neither looking solid, this should be an open game.

Both teams to score is really well priced here considering the form of the two sides and the quality they have going forward. Everything points to goals between these two so we’re kicking off our predictions with BTTS as our main selection.

Portugal have been delivering goals at this tournament but they have mostly been focused through Ronaldo. The Juventus forward now has the joint-most goals in men’s international football and he can make that record his own on Sunday.

Ronaldo is leading the way in the golden boot chase at this tournament and he’s making a huge impression in his fifth – and probably final – European Championships appearance. With his side completely focused on Ronaldo going forward we’re backing him to score his sixth goal of the tournament this weekend.

This is the obvious tie of the round and it’ll be a shame to say goodbye to one of these two sides with two weeks left in the competition. Belgium are the favourites to book a spot in the last eight but Portugal haven’t been pushovers in this tournament.

We saw the holders pick up a 2-2 draw with France in their last game and they’re capable of taking this Belgium side to extra-time. The Portuguese saw six of their seven Euro 2016 games finish level after 90 minutes and we are backing this to be another close one. Belgium look good going forward but their defensive issues even things out and as a result we’re backing a high-scoring draw. A 2-2 final score is our correct score prediction, with five of Portugal’s last seven seeing at least four goals. 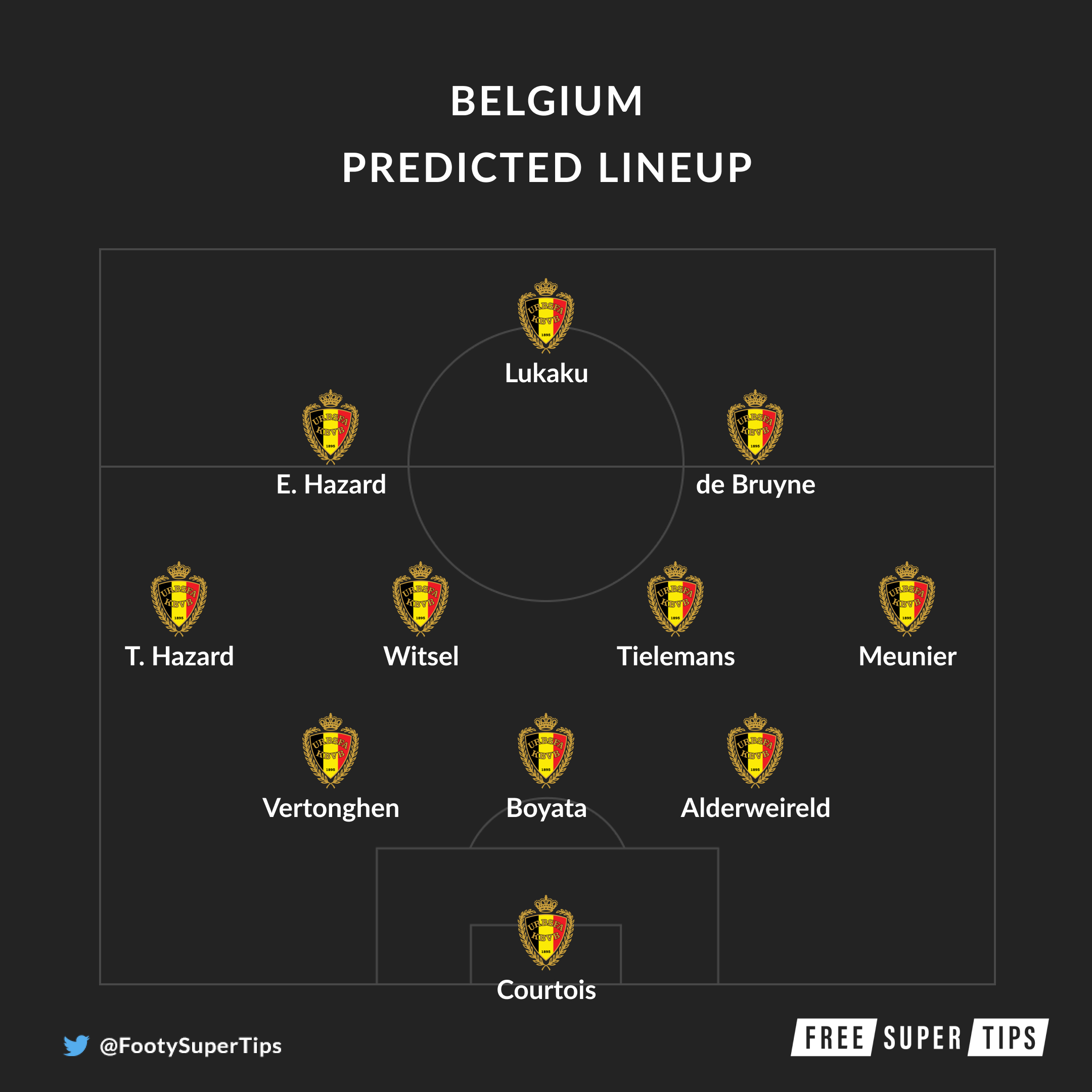 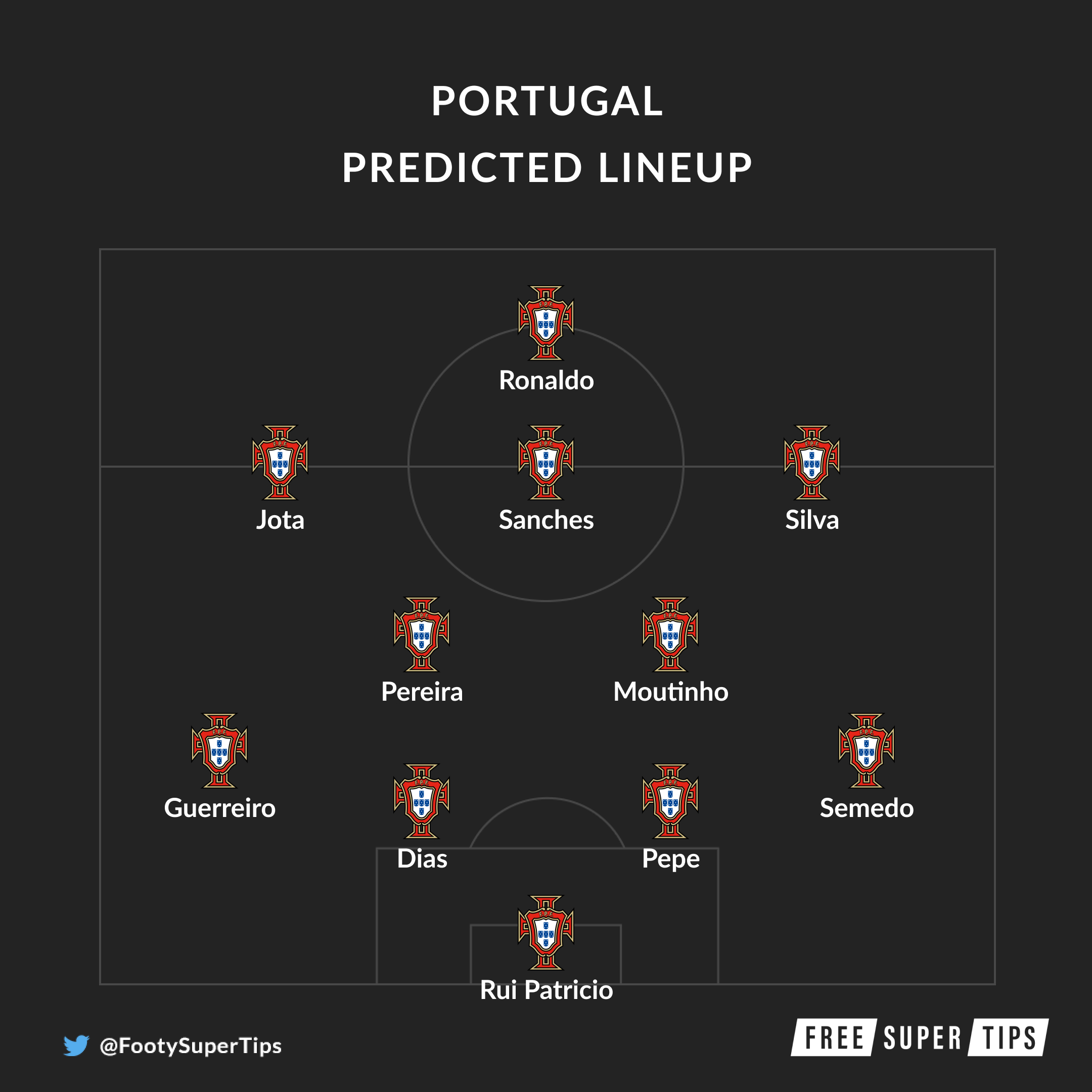