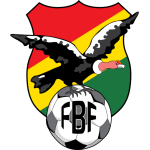 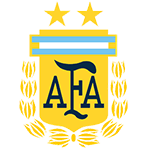 Bolivia vs Argentina predictions ahead of this clash in World Cup qualifying. Can Argentina make it two wins from two in their bid to make Qatar 2022? Read on for our free betting tips and predictions.

Reason For Bolivia vs Argentina Predictions

Argentina claimed a narrow win over Ecuador at the weekend, with Lionel Messi hitting the only goal in a 1-0 victory. Now he and his team will be out to make it six points from six in the 2022 World Cup qualifying campaign.

The visitors head to a Bolivia side who have struggled for results on the international stage. The hosts have lost nine of their last 10 matches, while they lost 12 of 18 games in the last round of qualifiers.

Argentina come into this one with four wins to nil in five clashes with Bolivia, so we are backing the visitors to away with the points in this one. With Argentina winning three of their last four games, we think they’re value for the win in this one.

An away win is our first pick, while a 1-0 victory for Argentina is our correct score prediction.