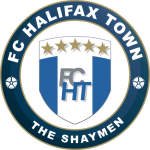 Boreham Wood vs Halifax predictions for Friday’s National League Play-Off Eliminator. Boreham Wood have the home advantage in their play-off eliminator against Halifax on Friday night. Read on for all our free predictions and betting tips.

Boreham Wood haven’t played a competitive match since beating Maidenhead United 1-0 in early March and the same goes for Friday’s guests Halifax who went down 1-0 at home to Ebbsfleet United. Friday’s clash is a one-off play-off eliminator where the winner will go on to face Harrogate Town in the play-off semi-finals.

Our prediction for under 2.5 goals being scored in Friday’s clash carries plenty of weight. These two sides haven’t played competitively in a long time and as we have seen in many other leagues that faced a similarly prolonged period off the field, the games have generally been tight, tense and lacking in quality while the players get back up to speed.

Under 2.5 goals have been produced in three of the last five meetings between these two clubs, including their last encounter back in October which saw Boreham Wood claim a 2-0 win in Halifax. Exactly half of Boreham Wood’s home games this season have produced under 2.5 goals while the same can be said for 65% of Halifax’s away trips, so you can see why we’re expecting a low-scoring affair on Friday.

In terms of a final scoreline, we’re predicting a 1-0 win for the hosts who are unbeaten in their last three matches against Halifax, picking up two wins and a draw. Boreham Wood score an average of 1.33 goals per home game and have kept clean sheets in 33% of the games played in their own backyard, while Halifax concede an average of 1.35 goals per away game and have failed to score in 35% of their matches on the road.

James Kelbrick July 15, 2020 james.kelbrick@freesupertips.co.uk
James is an Everton fan from Chester who started a football blog shortly after leaving university and it wasn't long before he was offered a freelance position at a football tips and predictions website. James made the move to FST in 2017 and now specialises in the Portuguese Primeira Liga and the Eredivisie.