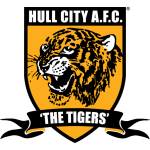 Cardiff vs Hull City predictions for Wednesday’s match in the Championship. Cardiff just need to avoid defeat in their final game of the season, at home to the practically relegated Hull City, to confirm their spot in the playoffs. Read on for all our free predictions and betting tips.

Cardiff to Win and Over 2.5 Match Goals

Reason For Cardiff vs Hull Predictions

Cardiff only need a point to finish in the playoffs

The Bluebirds claimed a crucial 3-1 win away at Middlesbrough last time out and are in pole position to claim one of the four playoff places heading into the final game of the campaign. Hull City haven’t officially been relegated just yet but the visitors sit 3pts from safety and boast a much worse goal difference than fourth from bottom Charlton, which means it’s almost impossible for the Tigers to escape the clutches of relegation on Wednesday.

Hull are likely to be relegated at the Cardiff City Stadium

Our prediction for a Cardiff win and over 2.5 goals being scored on Wednesday carries plenty of weight. The hosts have won ten of their 22 home games this season while Hull have lost 11 of their 22 matches on the road. Over 2.5 goals have been scored in 73% of Hull’s away trips, as well as in 45% of Cardiff’s home games, and with the visitors losing their last away game 8-0 at Wigan, we’re expecting goals to be scored in a game Cardiff will be keen to win.

As for a final scoreline, we’re predicting a 3-0 win for the hosts who head into the final game of the campaign as the clear form favourites ahead of Hull having won six of their last nine matches. The visitors have suffered defeats in each of their last five league games, three of which have come away from home, and Hull have failed to score in their last three outings. Cardiff have kept clean sheets in 32% of their home matches this season and will be confident of keeping one more on Wednesday against a Hull side that are right now lacking in confidence as well as goals.

Cardiff have more motivation for the points than their guests, who have looked destined for relegation since losing g at home to Millwall and that was pressed home, even more, when they suffered a humiliating 8-0 defeat to Wigan. Hull have conceded three or more goals in five of their last seven away games in the Championship and having failed to score in any of their last three matches, you can see why we have predicted a comfortable 3-0 victory for the Bluebirds.

James Kelbrick July 22, 2020 james.kelbrick@freesupertips.co.uk
James is an Everton fan from Chester who started a football blog shortly after leaving university and it wasn't long before he was offered a freelance position at a football tips and predictions website. James made the move to FST in 2017 and now specialises in the Portuguese Primeira Liga and the Eredivisie.