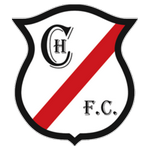 Chinandega vs Managua Predictions for Wednesday’s match in the Nicaragua Clausura. Title-chasing Managua make the trip to Chinandega in excellent form, knowing that a win could send them top of the table. Read on for all our free predictions and betting tips.

Reason For Chinandega vs Managua Predictions

Chinandega secured a point last time out courtesy of a 1-1 draw away at bottom of the table Deportivo Las Sabanas while Managua extended their unbeaten run to five games in all competitions with a 4-2 home win over local rivals Juventus.

Over 2.5 Goals to be Scored

Games between these two clubs have tended to produce plenty of goals in recent seasons and the performances of both clubs over the last month or so, suggesting we could be treated to another goal-fest on Wednesday.

The visitors have scored 3 or more goals against Chinandega in four of the duos’ last six encounters and both teams have scored in four of their last seven meetings, so you can see why we are predicting goals in Wednesday’s clash.