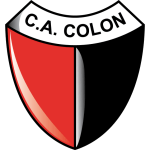 Boca Juniors To Win To Nil

It’s been quite the fall from grace for Colon, who in a matter of months have gone from contesting the Copa Sudamericana final to being on the brink of relegation to Argentine football’s second tier. With two games left to play, the hosts find themselves in the drop zone on the average points table and desperately need a result from Saturday’s clash.

Nonetheless, in terrible condition, Colon simply don’t look like getting one and confidence is at rock bottom in home ranks. Overall, Los Sabaleros have taken just 2 points from their last 8 league matches, scoring just 3 times whilst conceding 14; leaving no doubt as to what direction they are heading in.

Boca looking to keep the pressure on River

It’s becoming a frustrating game of chase for Boca Juniors as they look to pip arch rivals River Plate to the title. Boca have now won 4 straight matches but so have Los Millonarios and that leaves Miguel Angel Russo’s men trailing them by 3 points with just 2 matches left to run.

All Boca can do is focus on themselves however and another win on Saturday would certainly turn the heat up on River, who will host Defensa y Justicia almost 24 hours after this clash. Boasting the league’s best defence, conceding just 8 times all season, Boca will be confident of holding their nerve and getting the job done.

Boca to claim the points

Ultimately, this is not a trip Boca can afford to slip up in and they don’t look at all likely to. Colon are in a terrible state, are completely shot of confidence and simply don’t have the quality to compete with a Boca outfit that is doing everything it can to run out champions.

All things considered, backing a Boca win to nil looks the way to play as far as the betting is concerned and is something we’re more than happy to do. They’ve conceded just once over their 4 match winning streak and Colon don’t appear ready to change that theme; with a 2-0 margin of away victory on the cards.