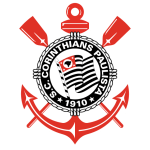 Despite sitting nine places and ten points below their opponents in the Serie A standings, Corinthians are tipped to make life tough for second-placed Atletico Mineiro when the sides clash in Sao Paulo this Saturday.

Following a poor opening third to the campaign including a run of just one win from nine, Vagner Mancini’s charges have really turned the corner of late and go into this weekend’s clash in decent nick after amassing ten points from their last five outings.

They’re unbeaten in their last seven games at home to Atletico Mineiro (W4, D3) and standout at a shade of odds-on in the Double Chance market here with the visitors toiling on the road.

While just a point behind leaders Internacional, Atletico have looked anything but potential champions on their travels this season with six defeats suffered in nine, and they head to Neo Quimica Arena aiming to prevent a fourth consecutive away loss after a 3-0 pummelling at Palmeiras a fortnight ago.

Jorge Sampaoli’s men simply can’t be fancied from a punting perspective on the back of those recent performances and we’re happy to get Corinthians on side. They beat leaders Internacional 1-0 here at the end of last month and a similar score-line could be on the cards this Saturday, as for all they are now more solid, the host’s are equally unspectacular in front of goal averaging just 1.15 per game this term.