Czech Republic pulled off one of the shocks of the tournament on Sunday as they capitalised on a second-half red card for Matthijs de Ligt and beat the Netherlands 2-0 in Budapest, but their fortunes could change when they travel to Baku on Saturday.

The Czechs were widely expected to struggle in Euro 2020 and while they did look poor against England their results against Scotland and Croatia were enough to send them through in third place.

There’s no denying that they deserved their wins over Scotland and the Netherlands, but you also can’t deny they enjoyed the rub of the green. Scotland missed a host of chances and, despite losing 2-0, managed to register a higher xG than the Czechs and it’s hard to imagine them beating the Dutch if not for that sending off.

Denmark have had no such luck but still find themselves in a very promising position. They were one of our dark horse picks for the tournament and after scoring eight goals in their last two games there is little to suggest they will fall at this hurdle.

They were unstoppable in their 4-0 demolition of Wales in the Round of 16 and have really hit their stride after an extraordinarily difficult period following Christian Eriksen’s on-pitch collapse. 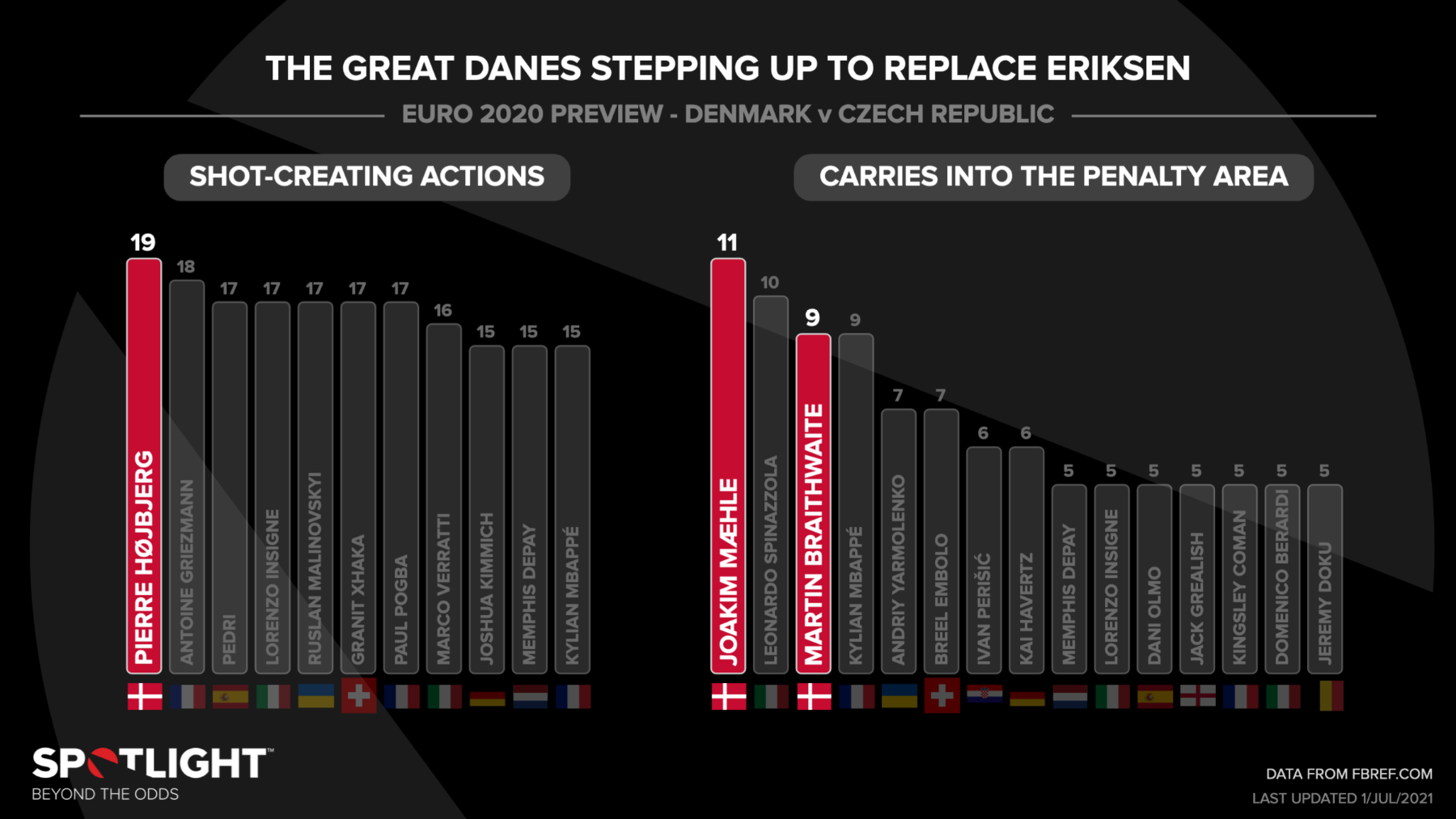 Denmark may have lost two group games but they have generated more xG than their opponents in every game so far and their mauling of Russia and Wales showed they are finally reaping the rewards.

I’m backing them to get the win here, but with them conceding in three of their four games and Czech Republic scoring five times this tournament I think a more closely fought 2-1 scoreline is likely.

The value in the anytime goalscorer market lies on the Czech side of the fence, however. Patrik Schick is at the heart of everything when Czech Republic attack and he is in exceptional form right now.

The Bayer Leverkusen forward scored potentially the goal of the tournament in their opener and his 80th minute strike against the Dutch made it four goals in four Euro 2020 games for the 25-year-old. If anybody can trouble the Danish back-line, it’s Schick. 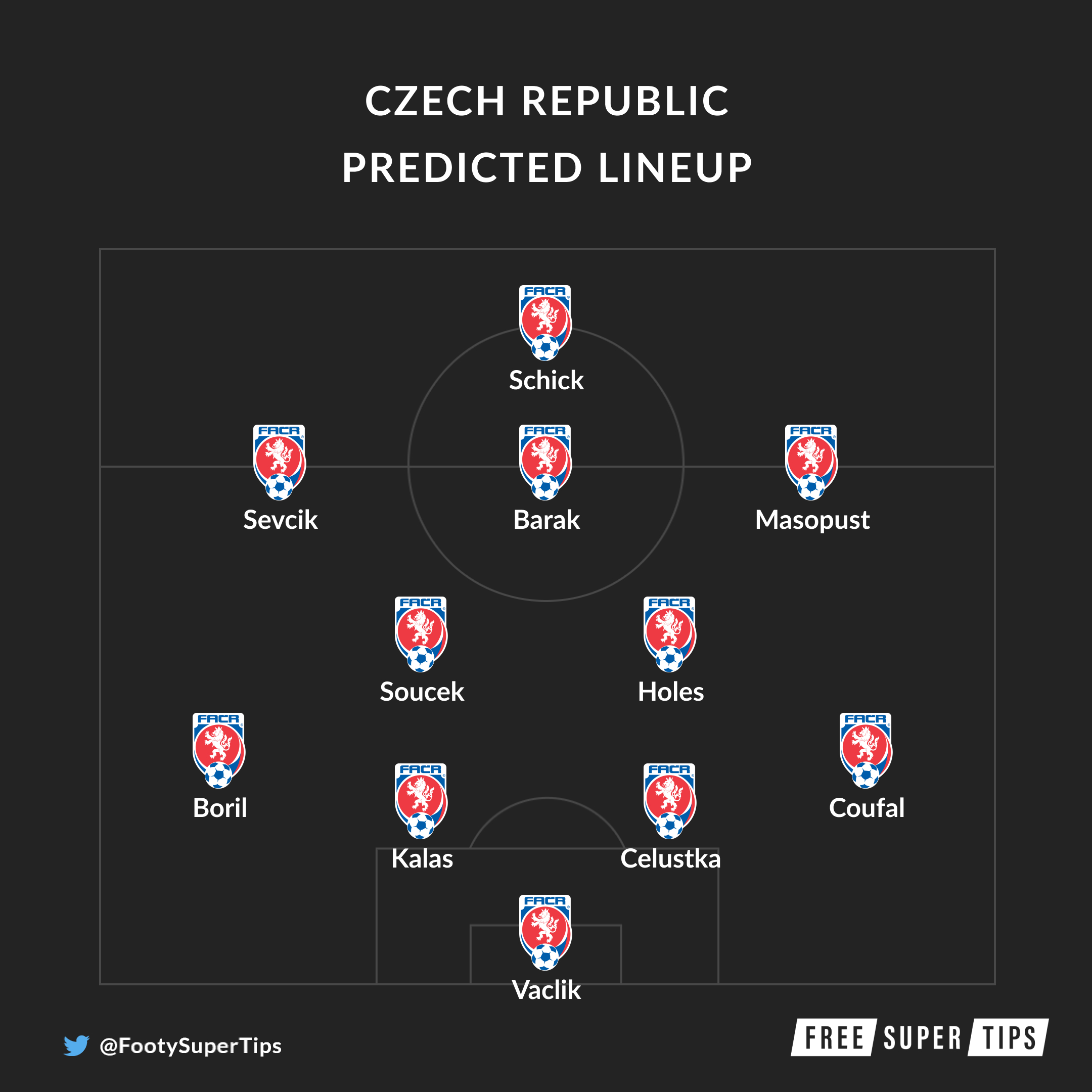 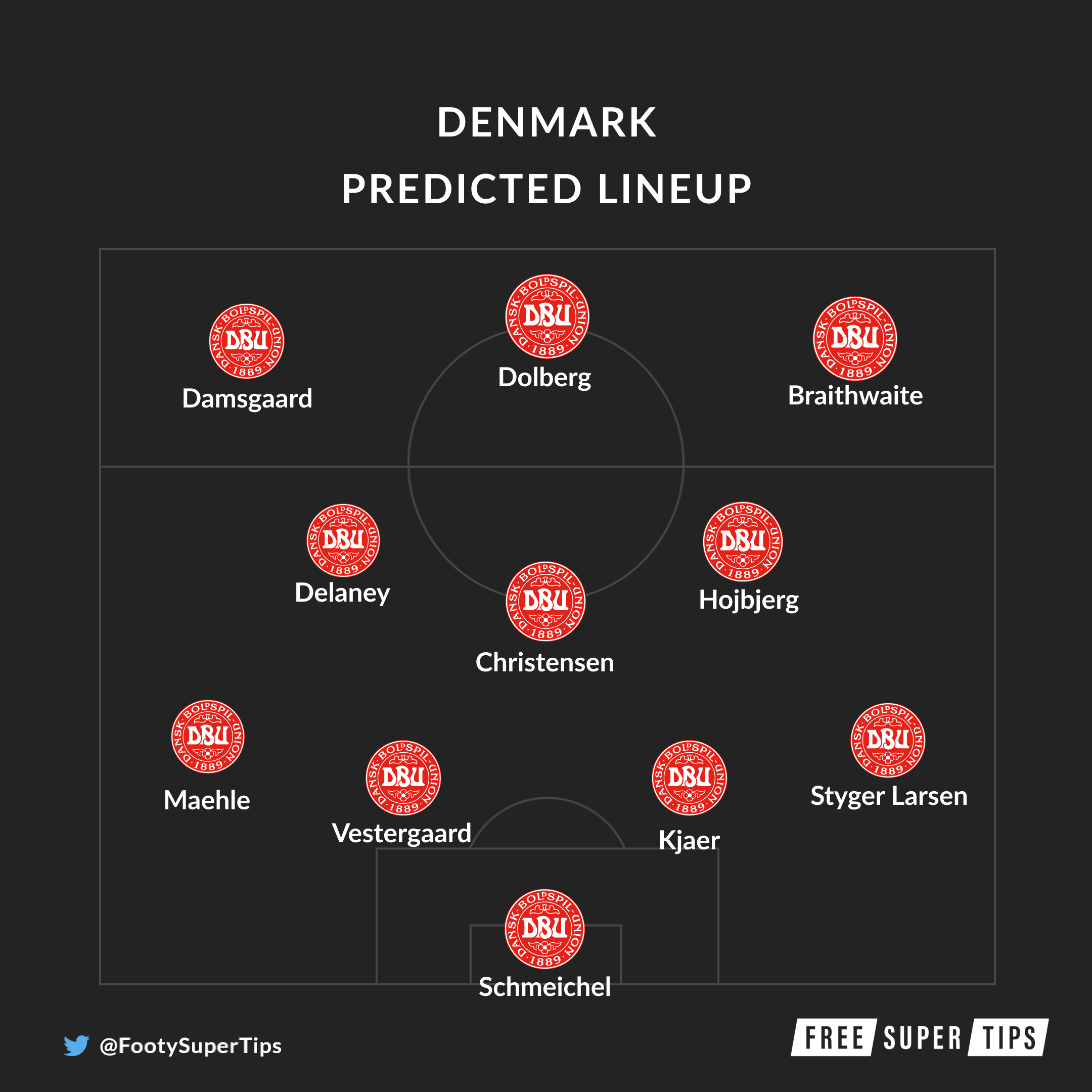