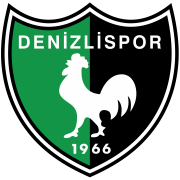 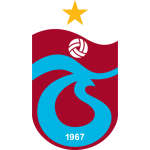 Denizlispor vs Trabzonspor predictions for Monday’s match in the Super Lig. Title-challengers Trabzonspor look to extend their unbeaten record when they make the trip to relegation battlers Denizlispor on Monday night. Read on for all our free predictions and betting tips.

Reason For Denizlispor vs Trabzonspor Predictions

Denizlispor lost 2-0 away at Istanbul Basaksehir on Tuesday and remain in the bottom five of the Super Lig table, while a 2-2 draw for Trabzonspor at home to Antalyaspor means the title-challengers sit 4pts behind the league leaders Basaksehir with just three games left to play.

Our prediction for an away win on Monday night has plenty of statistics to back it up. The visitors head into the match as the clear form favourites with three wins and three draws from their last six games, as Denizlispor have lost four, drawn one and one just one of their last six matches. Trabzonspor have won five of their last six encounters with Denizlispor and have outperformed the hosts in all departments this season.

Trabzonspor have won eight games on the road this season while Denizlispor have lost nine times at home and we have predicted a 2-0 win for the visitors on Monday. Trabzonspor have scored at least two goals in five of their last six matches, while Denizlispor have conceded at least two goals in three of their last four outings. The hosts only score an average of 0.80 goals per home game and have failed to score in 40% of their home matches this season, while Trabzonspor score an average of 2.00 goals on the road.