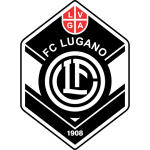 Dynamo Kiev vs Lugano predictions for Thursday’s Europa League fixture at NSC Olimpiyskiy Stadium. Can the hosts book passage to the next round? Read on for our free Europa League predictions and betting tips.

Dynamo Kiev to Win and Under 3.5 Match Goals

Things haven’t exactly gone to plan for Kiev, who come into this final group match needing a win to go through. Even if they do win, they may not qualify, such is their position.

At the start of the campaign, it was all smiles for Thursday’s hosts, as they beat Malmo by a goal to nil at this venue on match-day one. After that win, the Ukrainians would’ve fancied themselves to do well, though they’ve since moved in the wrong direction, winning none of their last four in this competition. They’ve only lost one of those four and are clearly not easy to get the better of, but a lack of wins has been costly.

Fortunately, Kiev are not at all easy to get the better of at this venue, where they’ve taken four points from two games, conceding just once in the process. What is also fortunate for the hosts is that in this must-win game they face the weakest team in the group.

Lugano on their way home

Unlike the hosts, Lugano are not in with a chance of progressing, as they sit bottom of the group on a disappointing two points.

Thursday’s visitors, who’ve scored just one goal in five Group B matches, are without a win. They’ve lost three and drawn two of their five games. They did manage to hold Dynamo to a draw when the pair met in Switzerland, which may leave them feeling quietly confident ahead of this match. That said, Lugano’s worst efforts have come on the road, where they’ve lost two out of two, scoring one and conceding three in the process.

It’s not been a vintage campaign from Kiev but based on everything we’ve seen from this pair in Group B, the hosts ought to be too strong. Punters can profit by siding with ‘Kiev to Win & Under 3.5 Goals’. Defensively, the hosts have done a good job at home, so much so that they ought to be capable of shutting out the ultra-low-scoring visitors, who’re averaging just 0.2 goals in this competition. Lugano’s defensive efforts, especially on the road, also point towards home goals, though we shouldn’t expect Kiev to go mad in that respect. Oleksiy Mykhaylychenko’s men haven’t run riot at this venue, so a relatively low-scoring home win appeals.

Preston
Free Bets & Offers
Sign Up To Our Email Newsletter