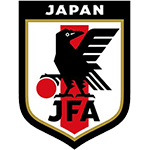 Ecuador vs Japan predictions ahead of this clash in the Copa America. Will the guests be able to secure the win they need to book a place in the last eight? Read on for our match preview and free betting tips.

Reason For Ecuador vs Japan Predictions

The final round of matches in the Copa America takes place at midnight on Tuesday, but who will finish up as the side in the second round? The top three could potentially move into the next round, with two of the three third-placed finishers at the group stage moving into the last eight. Japan will certainly be pushing to make it there, but their 4-0 hammering in their opener could be holding them back. However, their point last time out has left them in the mix, if they can pull off a result here.

Ecuador are hoping to at least finish up this tournament with three points, even if they are going to fall short of the last eight. A win will lift them into third, but they’d be at a possible disadvantage against the other third-placed sides. Even if Ecuador can’t get through, they will be aiming to push forward and pull off a result. Their decision not to take some of their impressive under 20s into this tournament remains questionable, but there’s still enough talent for them to finish on a high.

Japan have brought some of their young stars, as they’ve looked at this tournament as a chance to prepare for bigger tests to come. Ahead of the 2020 Olympic Games in Tokyo, Japan want to get this young side some important experience ahead of that tournament. They’ve used the Copa America as a test run for Olympic Gold, where the standard certainly won’t be this high. So far the Japanese have had issues, including losing their opener 4-0 to Chile.

Japan’s point against Uruguay did seem to come from a complacent display from the South American giants, but we don’t expect them to have things as easy here. They’re meeting an Ecuador side who need the points, while their two losses will make them realistic about what they have to do in their final game. They’re also meeting a Japan team who have failed to win across their five matches at the Copa America in their history, so we are favouring the South Americans here.

Ecuador have their most experienced team to call upon, so they should be able to edge out this youthful Japanese side. Ecuador have finished the last two Copas with victories over the guest team in their group, with their victory helping to push the guests to the bottom. We expect the same thing to happen in this clash, so we’re backing Ecuador for a victory in their final match in the group.