Final date for Rangers and Frankfurt

Eintracht Frankfurt and Rangers meet in the Europa League final at the Ramon Sanchez-Pizjuan in Seville on Wednesday in what has the potential to be a fascinating clash.

Both of these teams have clearly been prioritising this competition for some time now and have taken some huge teams out along the way. Rangers have already prevailed against German opposition, dispatching Borussia Dortmund and RB Leipzig on their way to the final, while Frankfurt saw off Barcelona in the quarter-finals before overcoming West Ham in the last four. 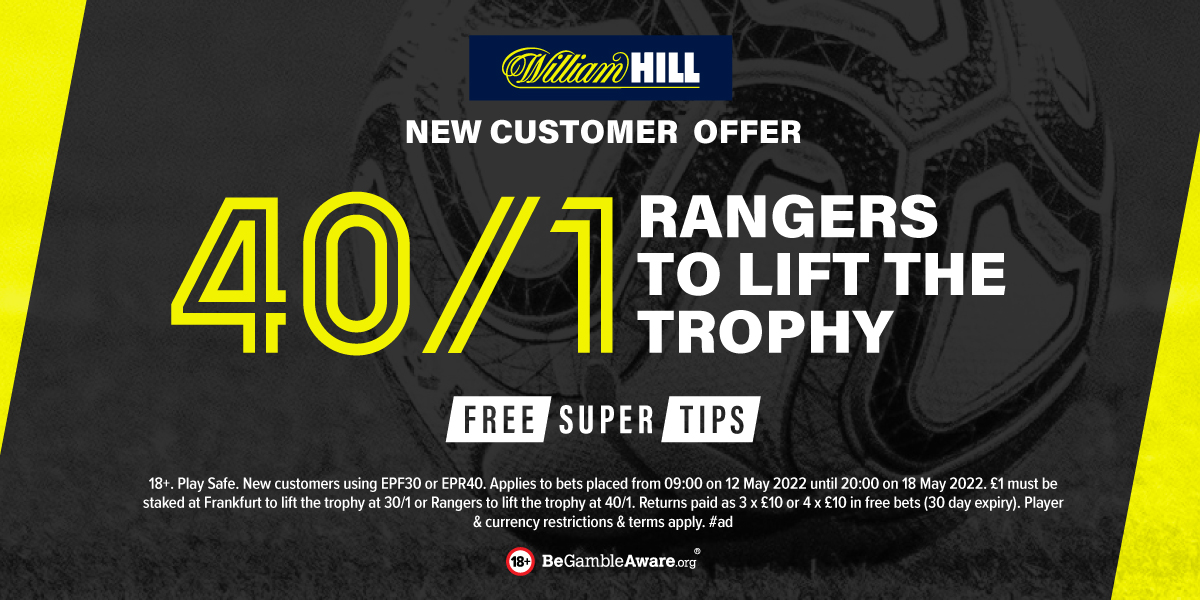 This should be an incredibly hard-fought affair and both teams will surely give their all as they chase European glory. Calling a winner here is an incredibly tough call but Frankfurt’s results on their travels in this competition suggest they may just have the edge.

Rangers claimed a sensational 4-2 win at Borussia Dortmund in their first knockout tie but since then they have lost the away legs of all three of their double-headers in this competition, going down 2-1 at Red Star Belgrade and 1-0 at both Braga and Leipzig. As a final this isn’t quite the same as an away game as it is being played at a neutral venue, and indeed they may have the greater support within the stadium, but they are still away from the comforts of Ibrox where they have enjoyed the majority of their success in the Europa League. In the group stages, the Scottish giants failed to win on their travels – although they did claim a point at Lyon in their final group fixture.

In contrast, Frankfurt’s best results have definitely come away from their Waldstadion Stadion home and they have managed to win all three of their away legs since the knockout stages began – at Real Betis, Camp Nou and West Ham. Die Adler were also better away from home in the group stages with seven of their 12 points coming on their travels – and they are yet to lose a single game in this competition.

The Glasgow outfit are the form side of the two going into the final as they have won each of their last four games, while Frankfurt have one win, two draws and a defeat in their last four. However, the Bundesliga side have clearly been saving their best for this competition – they haven’t won a non Europa League game since March – and the fact they have already won twice on Spanish soil this season means a win for Frankfurt looks the best option for our main bet. 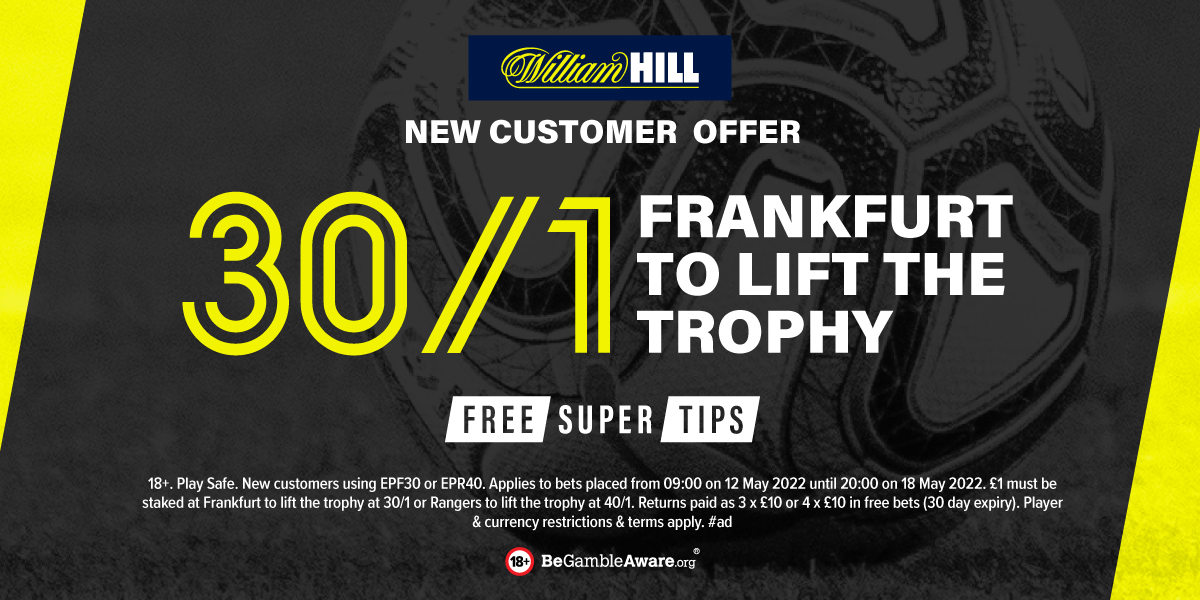 Expect goals at both ends

Rangers will clearly leave it all on the pitch on Wednesday night and the stats do suggest we will see both sides score in Seville. Both teams to score has been a winning bet in seven of the Gers’ last nine games and in seven of Frankfurt’s last 10. Both teams have scored in each of the last three Europa League finals and I’m expecting that pattern to continue on Wednesday.

The correct score market provides a chance to be bold and a 3-2 win for Frankfurt could be worth a small stake. There have been five goals scored in two of the last three finals, and both of these teams are probably better going forward than they are at the back. Rangers have scored at least twice in each of their last four games and in three of their four games against German teams in the Europa League, while Frankfurt managed three goals in a 3-2 win at Barcelona when it really mattered.

Rangers skipper James Tavernier looks one potential goalscorer option as he is the top scorer in this competition with seven goals to his name. Frankfurt’s leading European marksman has been Daichi Kamada with five goals and he has enjoyed his trips to Spain, as the Japanese midfielder scored at Betis and managed an assist in the game at Barcelona. Kamada was on target at West Ham in the semi-finals and as he is a bigger price than Tavernier I’m siding with him as the anytime goalscorer option for this final.