Redemption on the cards for Three Lions

It may have been three years ago but the heartache of the 2018 World Cup is fresh in every England fan’s memory as we approach the start of Euro 2020, but now is the chance for the Three Lions to get a real measure of revenge over the declining Croatians.

Of course, England have already locked horns with Croatia twice since that fateful night in Moscow, taking four points in their Nations League campaign and beating them 2-1 at Wembley. Given Croatia’s recent form, another defeat at Wembley is on the cards on Sunday. 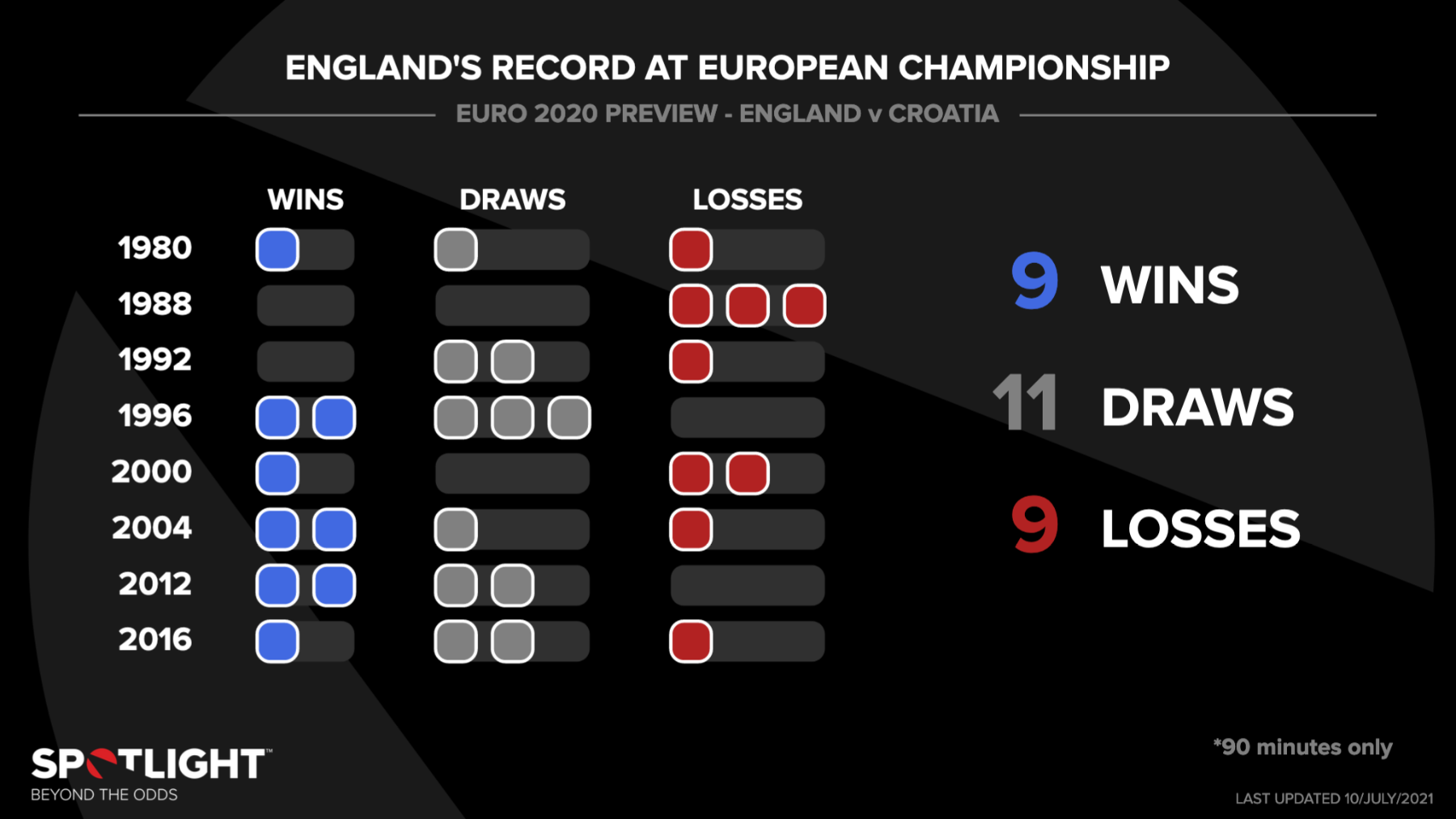 England head into the tournament off the back of six straight victories but there are shadows of doubt surrounding their preparations. Neither of their warm up games – a couple of 1-0 wins over Austria and Romania – featured anything close to the likely starting lineup for this clash and a host of players joined the squad late after Manchester United, Chelsea and Manchester City players were involved in European finals.

That being said, they delivered solid if unspectacular showings against Austria and Romania and the fact they have conceded just one goal in their last six games will be a real confidence booster.

Croatia have endured a less impressive build up to Euro 2020, winning just two of their last nine matches and failing to win either of their warm-up games. Their two victories during this period came against Cyprus and Malta, while France, Sweden, Portugal, Slovenia and Belgium all managed to secure wins against this ageing Croatian team.

Indeed, this is a team quite far detached from the heroics of 2018. 11 players from Russia three years ago are gone, including key figures such as Danijel Subasic, Vedran Corluka, Ivan Rakitic and Mario Mandzukic. They do have some younger talents coming through, but replacing such influential players will be tough.

Declining Croatia to struggle at Wembley

All being told, this game is England’s to lose. It is essentially a home game for them and Croatia have lost four of their last six trips away. England, on the other hand, have won 15 of their 17 home games since their World Cup elimination.

A clean sheet is likely, as well. Gareth Southgate’s side have won to nil in five of their last six matches and Croatia’s last two away games have ended in 1-0 defeats, so that’s our pick for a correct score prediction.

If you’re looking for a more niche bet, it might be worth considering the below William Hill new customer offer. It would be a surprise to see England wearing their away kit given the match takes place at Wembley so if you’re yet to sign up to William Hill, this could be the perfect offer to take advantage of.

Captain Kane to lead the charge for England

While I’m not expecting a high scoring clash on Sunday, one man in this England squad is always a good choice to get on the scoresheet.

Harry Kane won the Golden Boot in Russia three years ago and heads to Euro 2020 off the back of an excellent individual season in which he scored 28 goals for Spurs, despite their torrid overall campaign.

His England record isn’t to be sniffed at, either. The 27-year-old has bagged 34 goals in 54 appearances for his country and was the top scorer in Euro 2020 qualifying, finding the net in every single qualifier for a total of 12 goals. 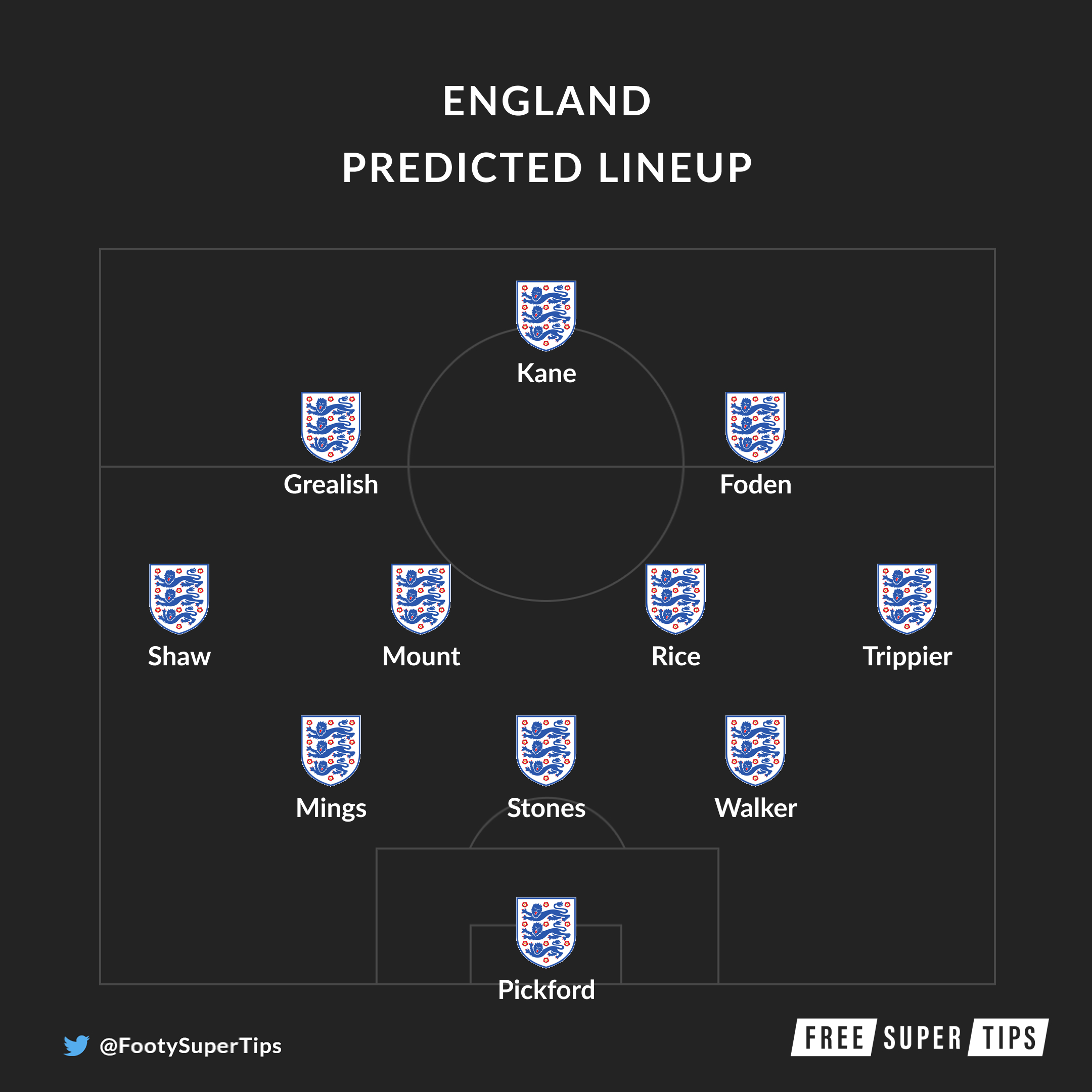 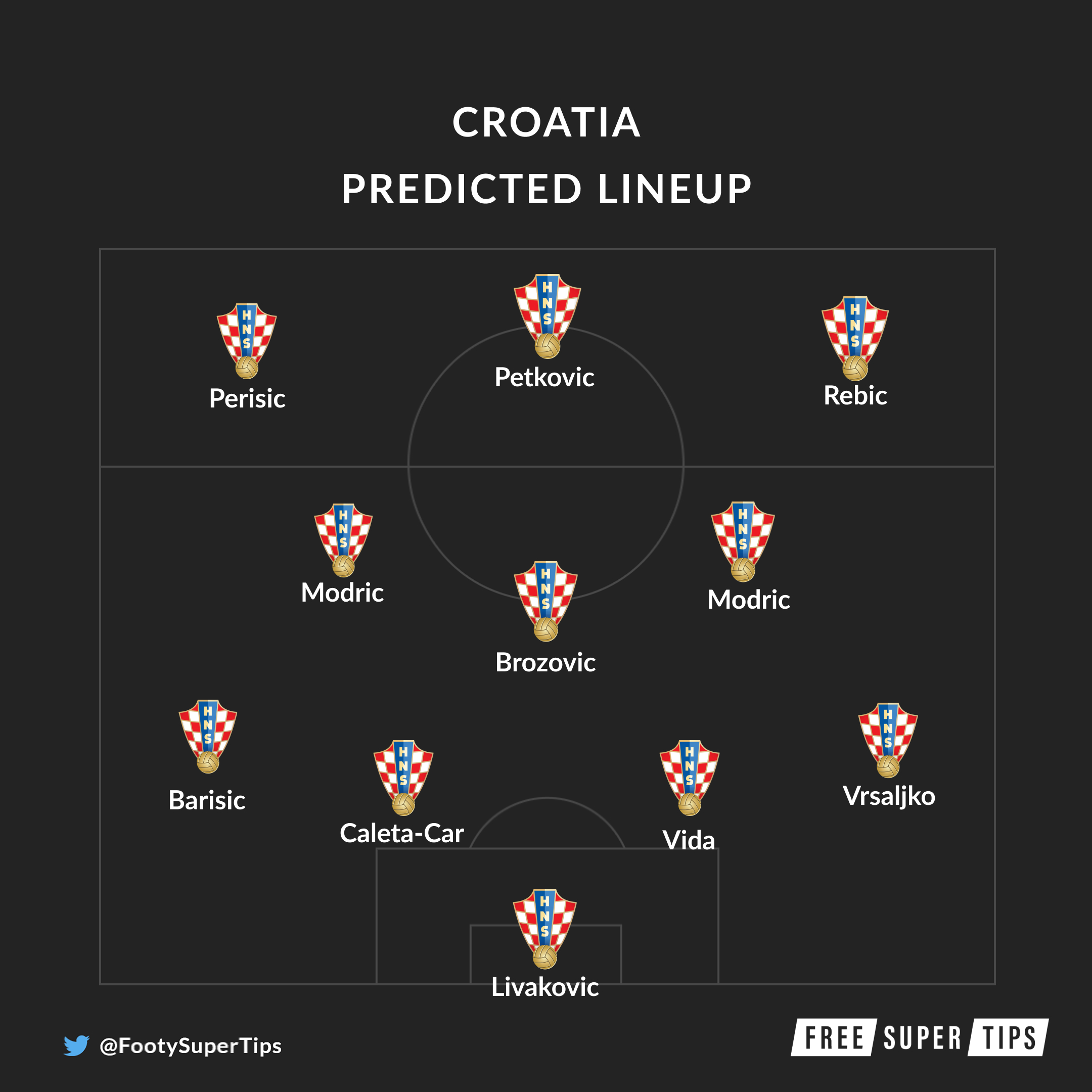