It’s been a perfect season for England so far. They’ve won eight out of eight games scoring 26 goals and conceding only three. It’s hard to imagine a much better qualifying campaign. They’ve won some ugly games, but they’ve also stamped their authority at times as well.

Nothing can happen other than England finishes the qualifying campaign as group winners, but there’s no obvious signs of let up. The pressure to perform better at a major championship will require manager Roy Hodgson to take every game seriously.

Estonia have quietly performed pretty well in this qualifying campaign, beating the teams they ought to beat. Defeat to Slovenia in their last game has probably consigned them to finishing in fourth place in the group, but they gave England a tough test in the first game between the two teams and they’ll present an organised defence with men behind the ball.

They’ve got a cluster of young players as options. English side have typically played their best football in less important circumstances. We wouldn’t be surprised to see a fluent performance that raises expectations again for the summer ahead.

2. Estonia not strong at chasing games

England will score against Estonia. It’s thee that the problem will start, we don’t think Estonia are a team that chases games effectively. They’re not set up to get men forward and only expose themselves when they chase the game.

The trip to Switzerland is probably the best marker to judge Estonia against. They lost that game 3-0. England beat Switzerland 2-0 at home in their latest game by the way. 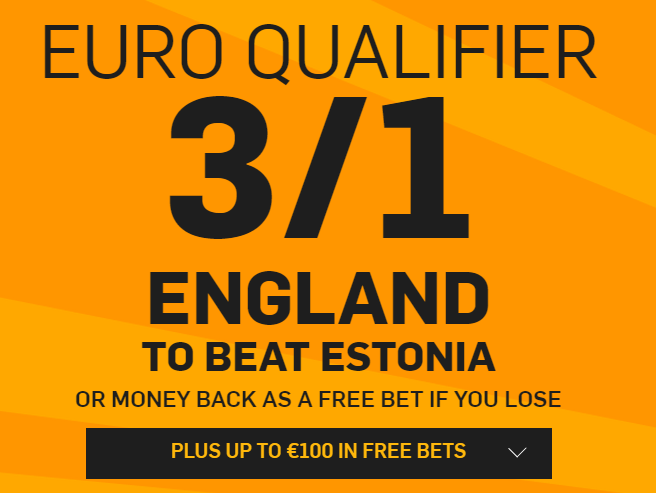