England have to seize their moment

Given the tournament reputations of these two sides its easy to believe that this game is bound for another penalty shoot-out. A brave England exit is what even the most optimistic of Three Lions’ fans fear, but on paper that really shouldn’t be the case.

Let’s take all those years of hurt out of the equation. Gareth Southgate’s men are at home having won eight of their last nine matches. They’ve won 15 of their last 17 at home, while this is a Germany side who were minutes away from a group stage exit at the hands of Hungary. That would have been a second consecutive exit at the first hurdle, with a 2-1 loss to North Macedonia and a 6-0 thumping by Spain sandwiched in between.

Germany are very clearly vulnerable, while England keep on winning. The Three Lions may not have produced any scintillating displays so far but they didn’t do that at the last World Cup either. Southgate’s men did enough to get through and when you consider the low Germany have reached there’s no reason why the hosts can’t do the same again.

England look like worthy favourites, while there’s value to be found in backing them Draw No Bet. England should have enough to win at home, but with the possibility of extra time it’s worth taking the safer option at just below evens. 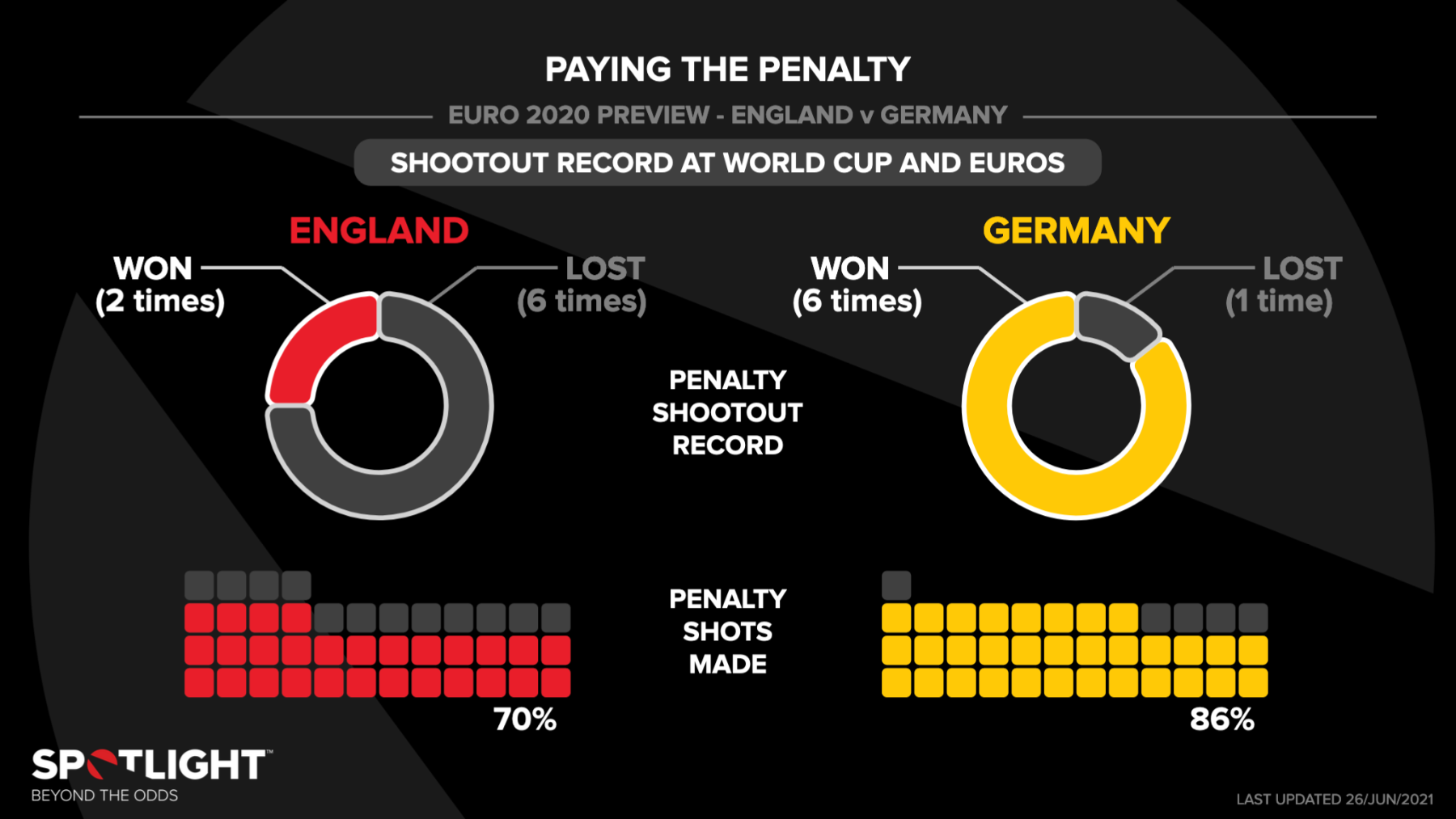 Hosts to edge in front

Germany have conceded the first goal in each of their last four competitive fixtures. That poor run stems from them being a side who are stronger going forward than back. That should play into England’s hands with Southgate likely to mirror their opponent’s formation and have his team wait for opportunities on the break. As a result, it’s worth backing England to score the first goal.

While Germany have a habit of conceding first, England are in the habit of not conceding at all. The hosts have kept eight clean sheets in their last nine matches and they’ve now gone five games without conceding a goal.

Southgate’s side so tend to be involved in very low scoring games, with four of those five seeing England win 1-0. The Three Lions aren’t a side to get involved in a thriller, their defensive style and focus on a small number of creative stars to do all the work going forward isn’t dissimilar to how Didier Deschamps instructs his French side to play.

England obviously aren’t on the same level, but the approach alone caused huge problems for Germany in their 1-0 loss in their tournament opener. The deep defensive line prevented the Germans from creating chances and their defensive issues meant that a French goal looked inevitable.

We see this game playing out in a similar way, as England look to utilise their counter attacking pace and double down on their impressive streak of clean sheets. Germany lack a clinical finisher and we can see England shutting them out, so another 1-0 victory for Southgate is our correct score prediction.

Raheem Sterling has excelled at Euro 2020, scoring twice in three games for England. The Man City winger is a real penalty box threat, only one of his 10 Premier League goals last season came from outside the box. Sterling headed in from close range against the Czech Republic, but he played a key role in stretching the game. He was unlucky to see a lobbed effort bounce off the post after racing onto a ball played over the top of the Czech defence.

Germany have conceded five goals at this tournament and four of them have come as a result of a ball played over the top of their defence. There seems to be real uncertainty between their back three and goalkeeper Manuel Neuer, which has led to them failing to keep a clean sheet. Sterling’s combination of pace and awareness inside the six-yard box makes him a real danger to Germany, so he’s our anytime goalscorer prediction. 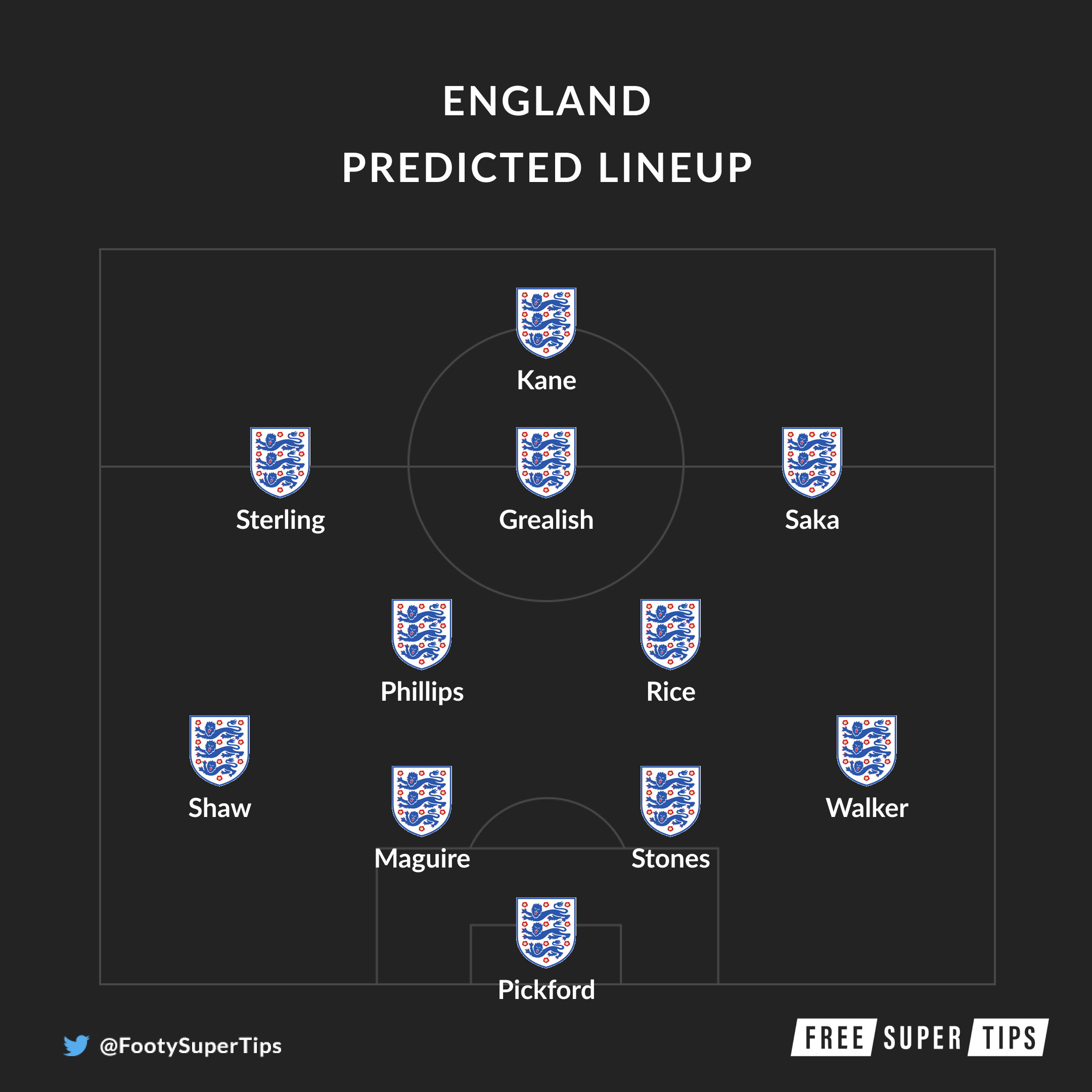 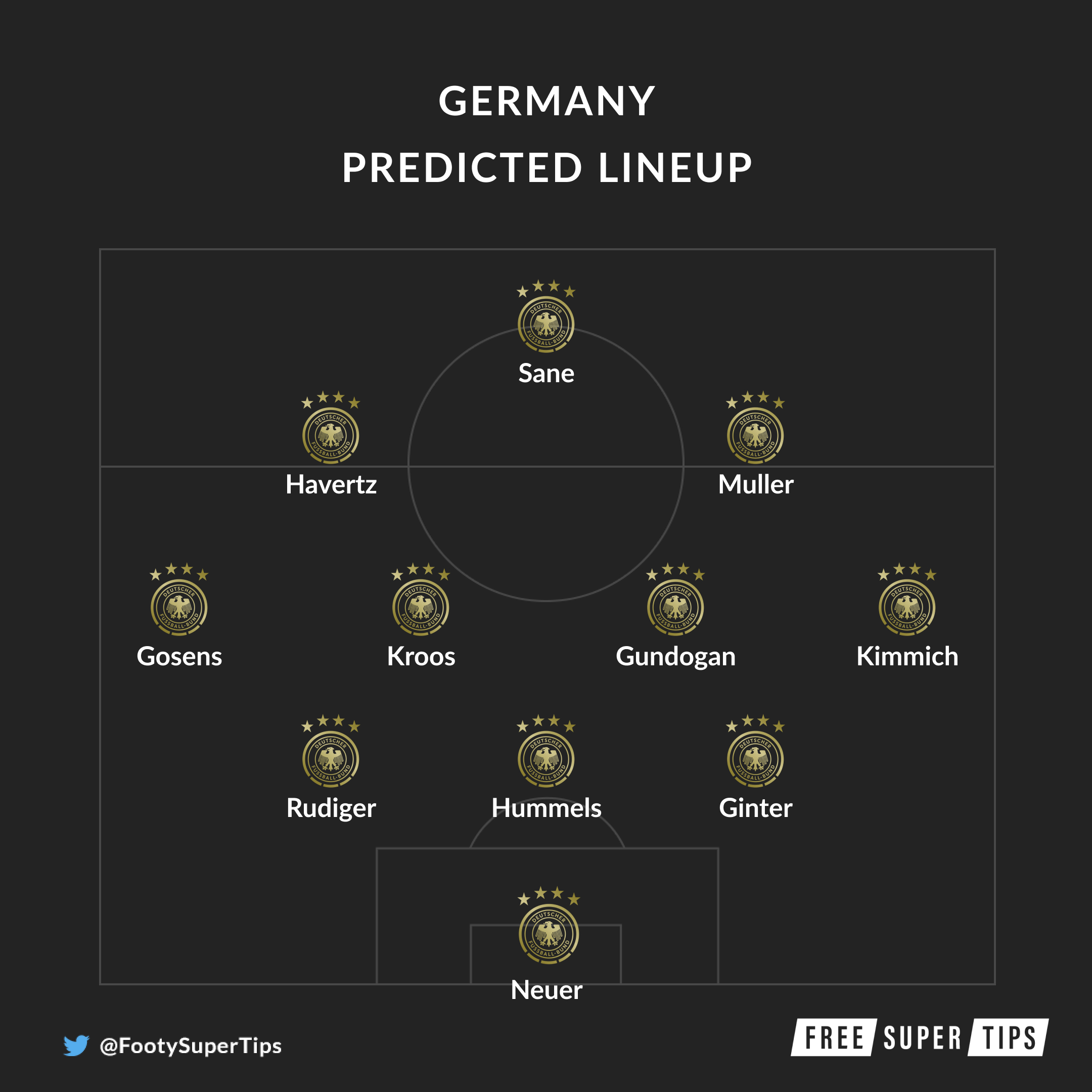