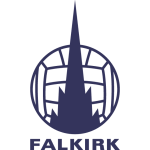 Falkirk v Hearts predictions for Saturday’s game clash at the Falkirk Stadium. Can the make it through to the next round? Read on for all our Scottish FA Cup predictions and betting tips.

Reason For Falkirk vs Hearts Predictions

Falkirk comes into this Scottish Cup 5th round game on the back of a 13-game unbeaten run both in League One and in this competition, where they’ve won twice and drawn once. The Bairns will be hoping to add to their successful season.

The club has scored an average of two goals in the Scottish Cup, as well as conceding just once so far. Falkirk’s defence at home has also been near-impeccable, as they’ve let in a total of just five goals- an average of 0.45- whilst also keeping a clean sheet in seven of those ties.

Jambos with their own struggle

Up above in the Premiership, Hearts have been facing a relegation battle all season and have just come from a 3-2 defeat at home to Kilmarnock. However, the Jambos had failed to lose any of their previous five games, one of which was a 5-0 thrashing against Airdrieonians in this competition.

Daniel Stendel’s men have also struggled on the road too, where they’ve won a single game since the beginning of the campaign. Hearts’ goalscoring record is poor, as they’ve only scored nine times on the road whilst also letting in 22 goals- an average of 0.75 and 1.83, respectively.

Bairns to cause upset

Falkirk is currently cruising back to the Championship, even if they’re still in 2nd place in the league. The club has performed well this season in the Scottish Cup, winning twice and conceding just one goal. We’re going to back the Bairns to take the win here, as they are also in great form and are undefeated in their last 13 games. They face one of the worse Hearts sides in recent years, and even though the Edinburgh club is slowly picking itself up, they will more than likely not want to carry the burden of another cup match in the midst of a relegation battle.

As for the final score, we’re going to back a 2-0 for the Bairns, as they have netted an average of 2.64 goals at home this season and also maintain a hugely impressive defensive record, letting in just five goals all season. Moreover, Hearts have conceded an average of 1.83 goals on the road whilst also scoring just 0.75 and failing to score in 58% of their away days.