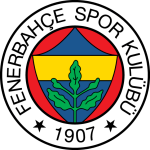 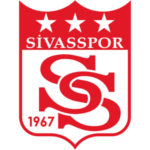 Fenerbahce vs Sivasspor predictions for Sunday’s match in the Super Lig. Fenerbahce could close the gap on Sivasspor to just 1pt with a win at home against the 3rd-placed club this weekend. Read on for all our free predictions and betting tips.

Reason For Fenerbahce vs Sivasspor Predictions

Fenerbahce made it three games unbeaten as they played out a 1-1 draw at Genclerbirligi on Tuesday, leaving the Turkish giants in 6th place but having played one more game than Besiktas. Sivasspor’s poor run continued as they lost 1-0 at home to Yeni Malatyaspor on Wednesday but the club remain in 4th spot on 54pts.

In terms of a final scoreline, we’re predicting a 2-1 win for Fenerbahce who have won ten of their 15 home games so far this season. Sivasspor have lost five times on the road as well as their last couple of trips to the Şükrü Saracoğlu Stadium. Fenerbahce score an average of 2.47 goals per home game and concede an average of 1.27 goals, which ties in perfectly with our prediction for a 2-1 home win this weekend.