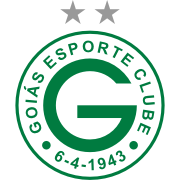 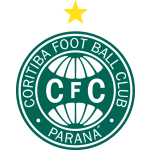 Goias vs Coritiba predictions for Wednesday’s Brazilian Serie A tussle at Estádio de Hailé Pinheiro. Two of Serie A’s bottom four clubs face off for three points in Goias. Read on for all our free predictions and betting tips.

Reason For Goias vs Coritiba Predictions

Two of the bottom four clubs in Brazil’s Serie A meet at the Estádio de Hailé Pinheiro on Wednesday evening as bottom side Goias host Coritiba in what promises to be a low-key contest.

With just one win from their opening fixtures so far, Goias are rooted to the foot of the table, though the Esmeraldino have games in hand on every other team in the division to come.

Coritiba travel to Goias as the league’s lowest scoring team, and their return of just four goals from eight assignments is a miserable haul. Unsurprisingly, Jorginho’s side failed to register in five of those right contests, and we expect the Coxa to struggle in front of goal again on Wednesday.

Having recorded their first victory of the campaign at the end of last month, and hit the post with a couple of narrow 2-1 defats to Corinthians and Sport Recife, an upturn in fortunes is expected soon for Goias, and against a goal-shy Coritiba outfit, we’re backing the hosts to eke out a slender victory.

The hosts notched just one goal in five of their last six, though our correct score prediction of 1-0 indicates a single effort should be enough for Goias to see off their toothless visitors.

Simon Winter September 8, 2020 simon.winter@freesupertips.co.uk @simonjwinter
Born in the south east of Ireland, Simon put his life-long love of football to good use when he started a successful independent blog in 2010. That opened up an alternative route to a career in journalism, and having had work published across a number of sites and publications, Simon joined the staff at Spotlight Sports Group in 2018.