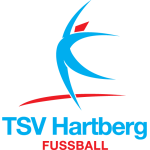 Hartberg vs Red Bull Salzburg predictions for Sunday’s match in the Austrian Bundesliga. The league leaders Salzburg make the trip to Hartberg hoping to tighten their grip of the Bundesliga title. Read on for all our free predictions and betting tips.

Hartberg surprised many with their 2-1 win at title-chasing LASK in midweek, while Salzburg picked up another 3pts at home to Rapid Vienna to extend their lead at the top of the table to 5pts.

Salzburg are the form favourites heading into Sunday’s clash and have beaten Hartberg in three of their last four league meetings. Both teams rarely playout low-scoring matches with 83% of Hartberg’s home games and 78% of Salzburg’s away trips producing over 2.5 goals. Both teams have scored in 70% of the hosts’ home matches as well as in 65% of the visitors’ trips on the road, so we’re predicting goals in this game for both clubs.

The visitors score an average of 3.30 goals per away game and concede an average of 1.13 goals, which suits our prediction for a 3-1 away win this weekend. Hartberg are going up against a Salzburg attack that have scored 29 goals on the road this season, scoring in every single match, and the hosts have only kept clean sheets in 9% of their home games.

Hartberg are certainly up against it this weekend and it’s difficult to see this match ending in anything but another win for Salzburg. The visitors have form in their favour and a majority of their victories have been via a margin or 2-goals or more, which ties in perfectly with our final score prediction of 3-1.