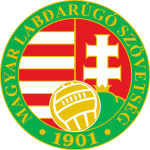 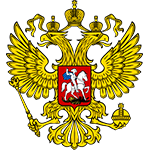 Reason For Hungary vs Russia Predictions

Hungary enjoyed a superb start to their Nations League campaign with a thoroughly deserved 1-0 win in Turkey on Thursday – a victory secured by a sensational Dominik Szoboszlai free kick 10 minutes from time.

Russia also opened their account with a win after they recorded what looked on paper a comfortable 3-1 triumph at home to Serbia. However, having conceded 15 shots compared to the more modest nine they racked up themselves at the other end, the final score in Moscow could be considered a poor reflection of the proceedings.

With their confidence galvanised by their win and performance in Turkey, Hungary – who lost just one and won six of their last seven competitive matches on home soil in a stretch that included successes against Croatia and Wales – could prove tricky opponents for favourites Russia on Sunday.

Powered by home advantage, we think Hungary are worth taking in the double chance market this week, while our correct score prediction points towards a 1-1 draw.

Marco Rossi’s Magyars scored exactly once in 100% of their last four run outs at home, and conceded an average of 1.33 times at the other end in their last eight games in Hungary. Combining the two makes a 1-1 final scoreline an outcome worth backing.