Italy have made a perfect start but things may not be easy for them against Wales. The Welsh have established themselves as the second-best side in Group A and they’ve scored in all but one of their eight matches at the Euros to date.

Italy lost key defender Giorgio Chiellini in their last game and he’s not going to be risked with their last 16 place booked. While Mancini’s side have as much attacking threat as ever, they are going to be more exposed defensively against a Wales side who could use at least a point.

Wales have scored in their last six competitive games and we see them scoring against Italy on Sunday. However, the Italians have scored six goals in two games at this tournament and they’ve scored in 11 successive internationals, so both teams to score is our prediction.

Ramsey to strike in Italy return

Italy have plenty of talented stars who have made a bright start, but any one of them could be switched out for a similar forward in reserve if Mancini feels like rotating. Given that, we see a Welshman as the best option for an anytime goalscorer bet.

Aaron Ramsey notched against Turkey and he looked like a real threat in a role with much more freedom. The Juventus man returns to Italy here and given how he seems fired up by the big occasion, he should prove a point in Rome this week. We’re backing Ramsey to score his third goal at the Euros on Sunday.

Can Wales avoid another big defeat?

Wales haven’t been great in their matches with Europe’s elite sides over recent years. While Italy look set to rotate after making the last 16, they have a defined system which has brought two impressive wins. With a deep squad which can easily click into Mancini’s system, the hosts will still be tough opposition.

As you can see below, Italy score plenty of goals against their opponents, so it wouldn’t be a surprise to see them win by another big margin in this clash. 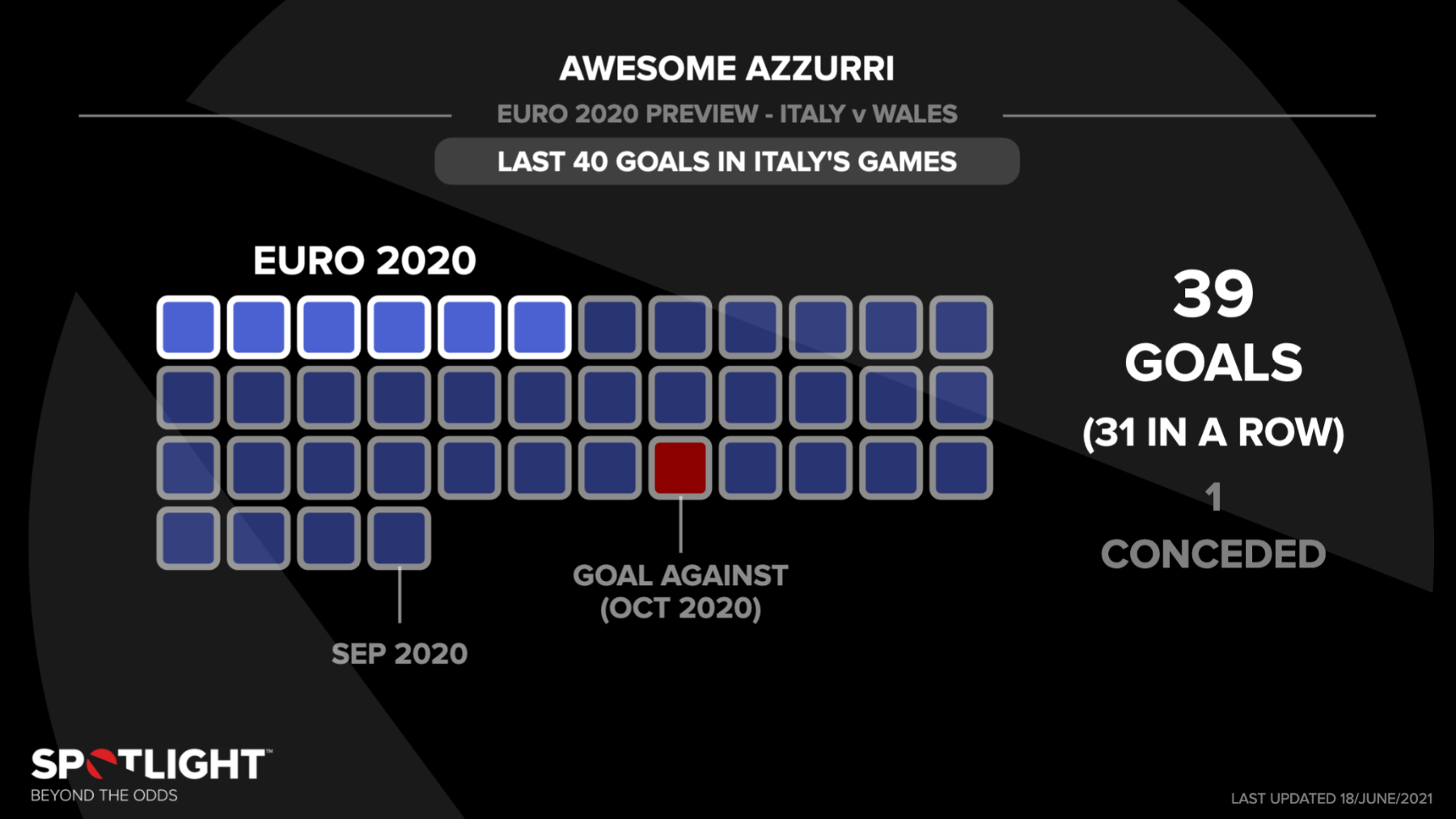 Wales lost 3-0 to France before the tournament started and they’ve lost by two clear goals in defeats to Belgium and England over the last year. Italy have hit three goals so far and with Wales set to score but in danger of a heavy defeat, we’ve backed a 3-1 victory for the Italians in our correct score prediction. 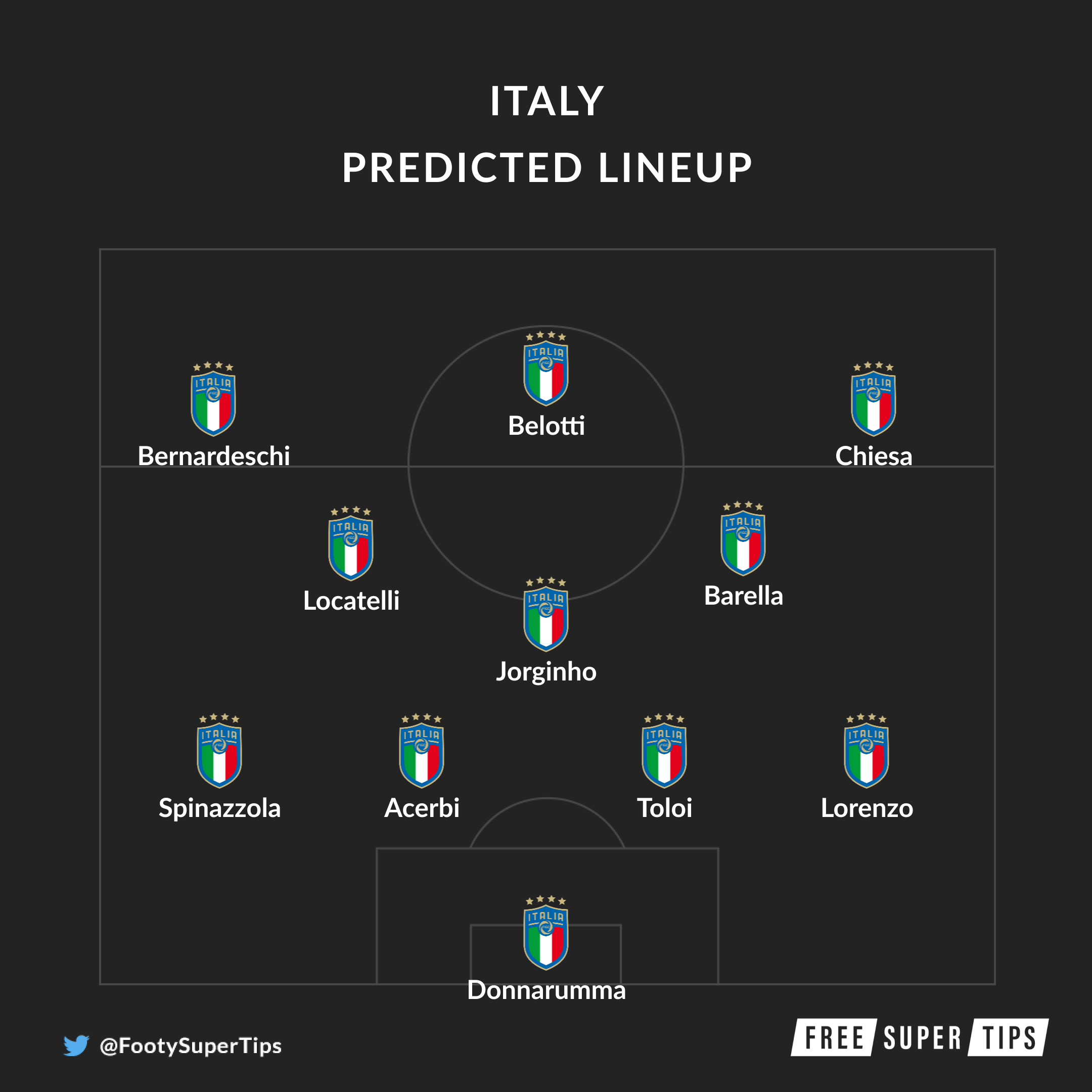 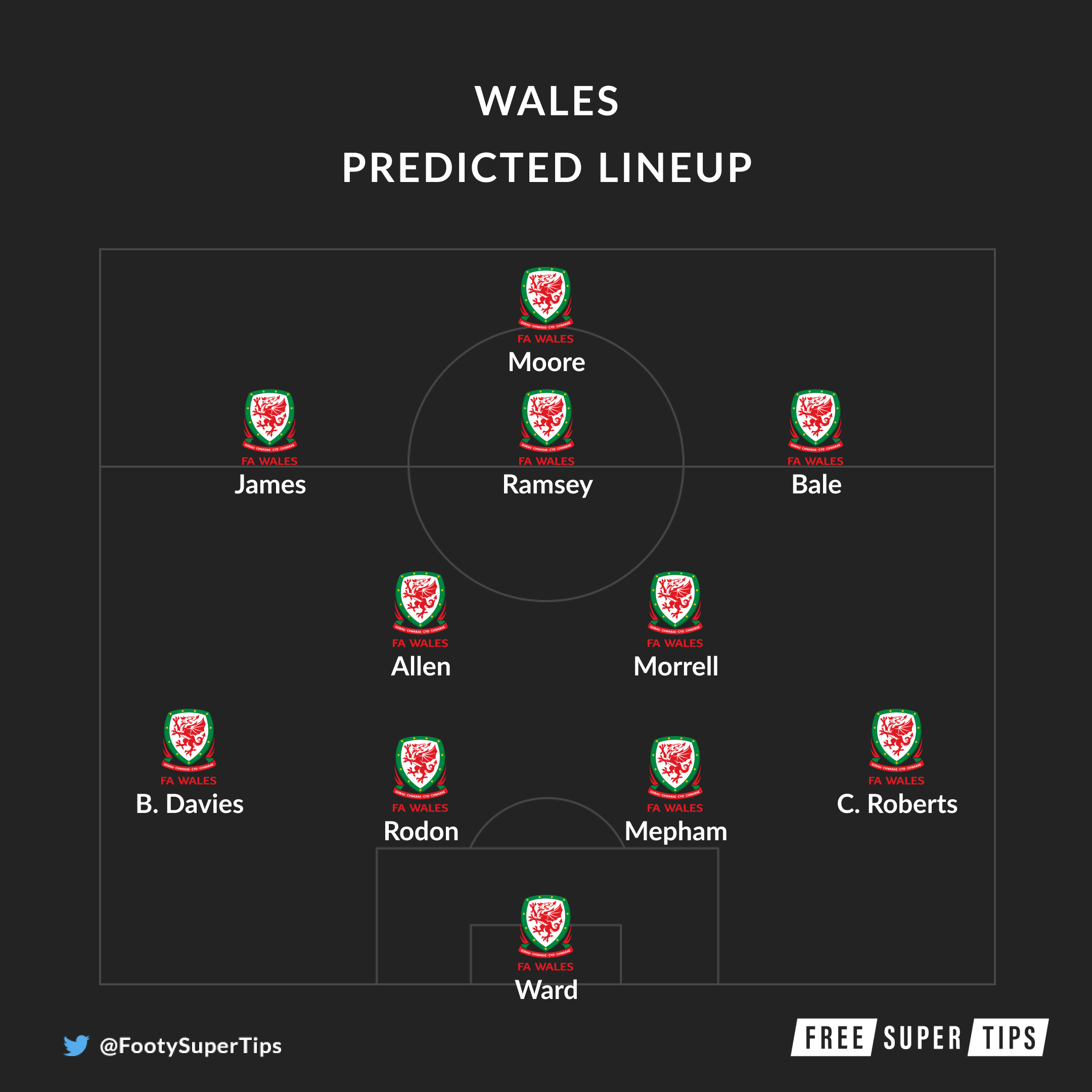