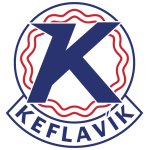 Keflavik vs KR Reykjavik predictions ahead of this Urvalsdeild clash. Can the hosts claim a first win of the season? Read on for our match preview and free betting tips.

Keflavik are propping up the Urvalsdeild table, after making a tough start back in the top division. They continue their push for a first win back in the top flight on Thursday when they host KR Reykjavik. The away side have also made a tricky start, and repeating last season’s fourth placed finish is going to be tough given their form so far. They find themselves only two points above the bottom two, so could they fall in to the danger zone? Losing to the bottom side would certainly send the visitors in to trouble.

On a more positive note, the visitors are only three points shy of the top four, so repeating their strong season could be possible with another victory this weekend. KR head to Keflavik as favourites, so they should close the gap on the sides above them. They’ve struggled for results of late, with a draw and two defeats in their previous two matches. They’re looking to end some poor form on the road, and heading to the worst side in the division seems to be the perfect chance for them to pick up three points.

Keflavik have averaged less than a goal per game this season, and they’re struggling to make an impact at the highest level. They’ve got a lot of work to do to avoid the drop, and they’re already five points shy of the side above them. The league is incredibly tight, which makes that the biggest gap between positions in the Urvalsdeild. The gap between the basement side and safety could grow even bigger this week, with the bookies expecting the hosts to suffer another defeat.

It’s not hard to see why, with Keflavik losing all of their home games so far. They’ve lost 62% of their games since returning to the top flight, while they haven’t won any games in all competitions across their last 10 outings. We expect them to suffer yet again, with KR suited to playing on the road. They won 58% of their points on their travels last season, and they should boost their tally so far this season by securing a victory on Thursday.

KR make this trip knowing that they’ve won their last 12 meetings with Keflavik, and little about the home side’s form suggests that that run is about to come to an end. We see the visitors as good value for a victory, extending a six game winning run at this ground. We’re going with an away victory in this game, while we can see some goals in this clash, so 2-1 win for the visitors is our correct score prediction.