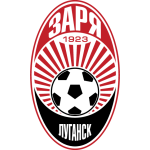 Foxes to edge victory without Vardy

Leicester return to European competition for the first time since the season following their incredible Premier League triumph, and they’re expected to get off to a promising start on Thursday.

The visiting Zorya haven’t made it to the Europa League group stages since 2017/18 and come into this having won just one of their last five competitive games. Their Europa League record, especially away from home, isn’t anything to write home about either.

The Ukrainians have lost eight of their last 12 trips away in the competition and have failed to score in five of them and have also lost four of their last nine away days in all competitions, which doesn’t bode well considering the relative strength of the Ukrainian Premier League.

While a Leicester win does look likely, we’re not expecting a high scoring affair at the King Power Stadium. Foxes talisman Jamie Vardy isn’t expected to be risked after missing Monday night’s game, and Leicester have failed to score in three of their last four games.

Defensively they have struggled, but we don’t foresee them to come under much pressure against a sub-par Zorya attack. Backing Under 2.5 goals looks the way to go, as well as a narrow 1-0 win for Leicester as a correct score prediction.

Alex Wrigley October 21, 2020 alex.wrigley@freesupertips.co.uk @Wrig90
Content Manager at Free Super Tips, Alex was born in the shadow of Old Trafford and is an avid Man Utd fan. After graduating from university he combined his love of football, writing and betting to join FST and now closely follows goings-on in all of the top European leagues.