Luton vs Reading predictions for Saturday’s FA Cup clash at Kenilworth Road. Will side will come out on top of this all Championship tie? Read on for all our free FA Cup predictions and betting tips.

Reason For Luton vs Reading Predictions

Luton and Reading come into their game this weekend focussing on the FA Cup and putting their rivalry in the Championship to one side.

The hosts have enjoyed a better season this year, currently sitting in 14th place having dropped down the table slightly after some patchy form in recent weeks. The team look to be clear of relegation though which shows improvement on last season’s effort.

Reading have had a great season so far, exceeding expectations and they currently occupy a playoff berth having won 12 of their 23 games so far this season. The form of Lucas Joao and Michael Olise have been particular highlights and both will be looking to make further impact this weekend.

Despite varying positions within the league, this should be a tight game with the cup representing a different prospect for both sides. We can see both teams seeing this as a chance to continue impressive seasons and this could lead to an open game between the two. With this in mind we’re predicting that both teams will find the net in this game.

And with Reading possessing some real quality in attack, we’re also forecasting a 2-1 scoreline in the favour of the visitors. 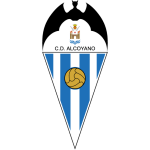